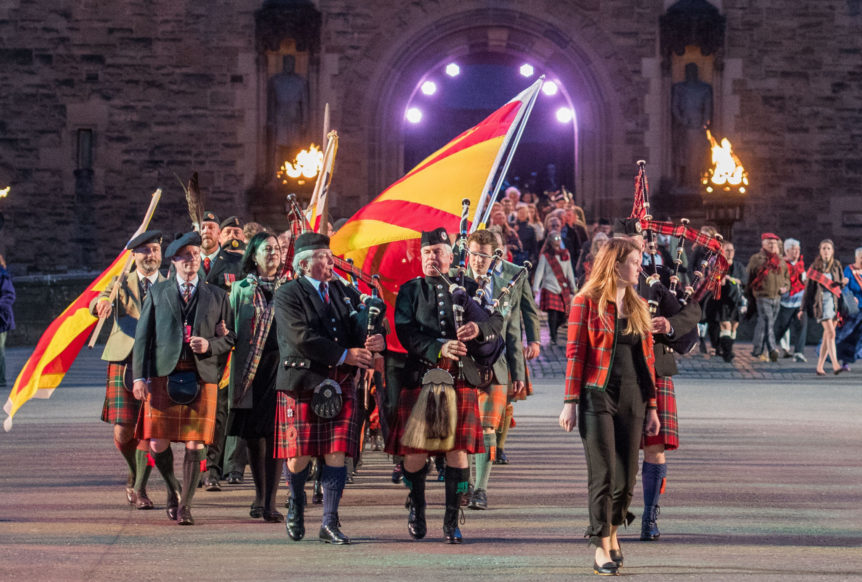 The Family of Bruce gather from around the world to take part in the Royal Edinburgh Military Tattoo. 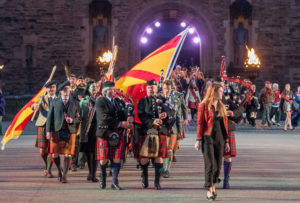 The instructions from the organisers of the Royal Edinburgh Military Tattoo were clear. The 2017 theme was to be “A Splash of Tartan” weaving Scotland’s military heritage into the country’s colourful past. Clans and families, lowland and highland, would be invited to open each night, led out by their Chief, swathed in the garb of old Gaul.

From Broomhall the summons flew to the family of Bruce across the globe. In 2014 hundreds had gathered to commemorate the 700th anniversary of the battle of Bannockburn, and once more they were called to attend on their Chief, and gather in celebration of the Name.

They travelled from across America and Canada, from Australia, from France and all the countries of the British Isles. In Edinburgh, they joined cousins, kin and neighbours, the Duries from Fife. Together, led out by Pipers, they marched onto the esplanade of Edinburgh Castle, banners flying, tartans to the fore. At their head, Lord Bruce, heir to the chiefship of their Name, and behind him, soldiers of the 31 Combat Engineer Regiment of Canada, bearing aloft the sword of King Robert, “the Bruce”.

After they had played their part in the pageantry and passion of the Tattoo, they gathered at Broomhall, the seat of their family, at the heart of Scotland’s story for over a thousand years. There they saluted their Chief, and feasted. It’s what families do.