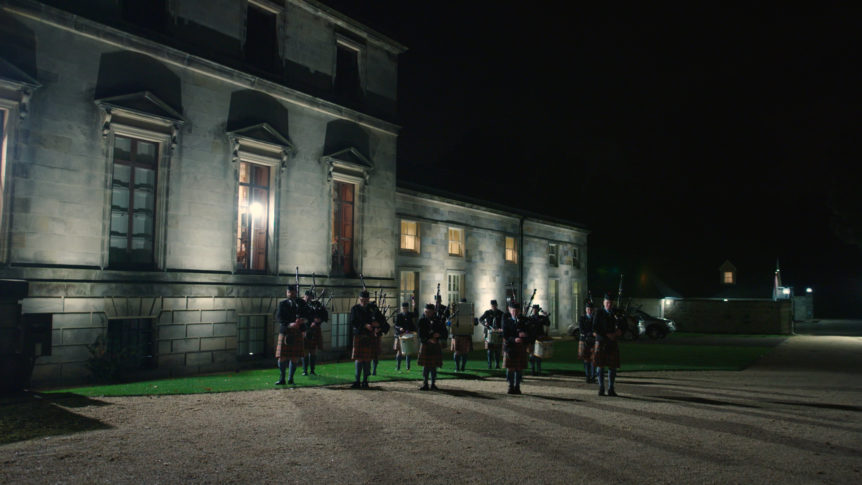 Broomhall House provided the setting for a spectacular fundraising dinner on 3rd November to mark the discovery of the tomb of King Robert the Bruce in Dunfermline Abbey two hundred years ago.

The dinner was organised by Dynamic Dunfermline and sponsored by Lochgelly-based Purvis Group. It is the first of a series of events planned to mark the discovery of the lost tomb of King Robert the Bruce in February 1818.

Guests arriving at Broomhall House for the dinner and auction were greeted by Lord and Lady Elgin. Lord Elgin is 37th Chief of the Name of Bruce and a lineal descendant of King Robert the Bruce. Their arrival was serenaded by the Lochgelly High School Pipe Band. During dinner they were entertained by the High School’s junior choir under the direction of Mandy Miller. 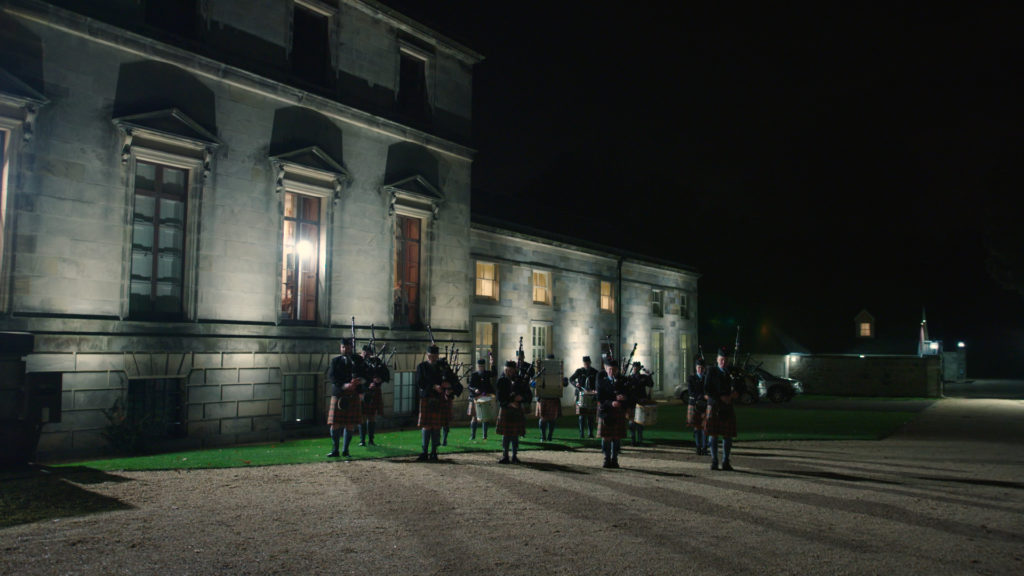 The body of King Robert was disturbed by workmen clearing the rubble of the collapsed Abbey tower in 1818. It was still wrapped in the winding sheet of gold cloth in which it had been buried in 1329. Following exhumation the body was found to be missing several ribs. These had been removed to allow the heart to be embalmed and transported to the Mount of Olives in Jerusalem to be buried, according to the king’s wishes. Entrusted to Sir James Douglas, the heart was borne by an honour guard of Scottish knights across Europe. Prevailed upon by Alfonso King of Castile to join his crusade, however, they took part in the siege of Teba where many lost their lives including Douglas. The king’s heart was returned to Scotland and lies buried in Melrose Abbey. 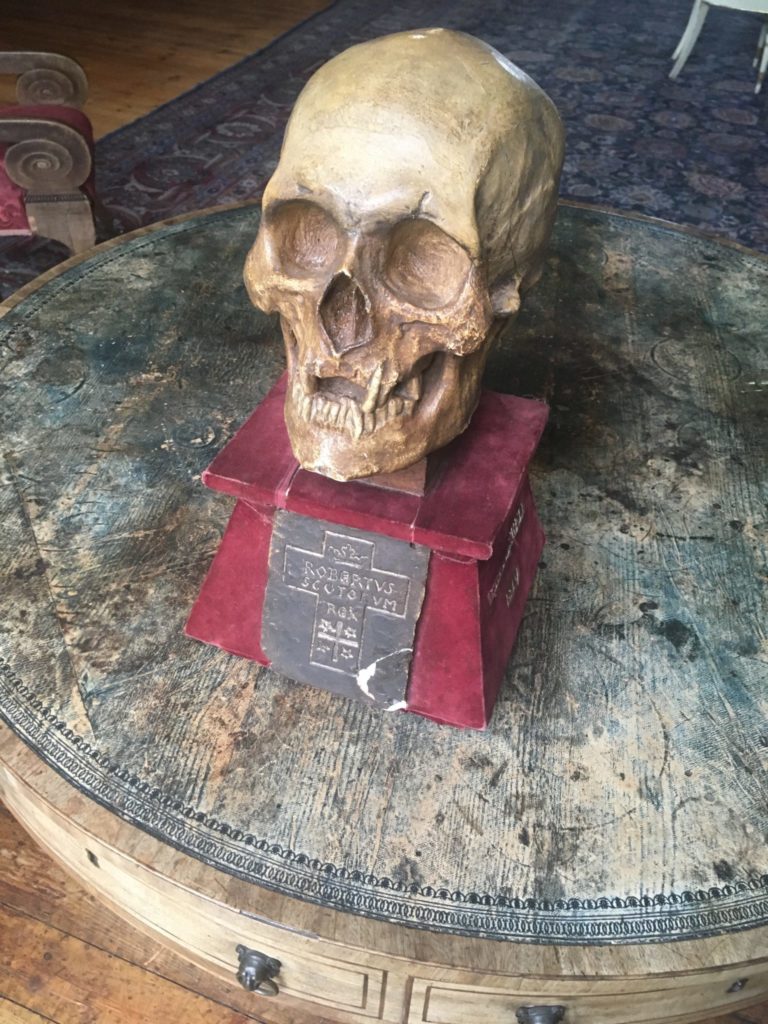 Guests attending the dinner at Broomhall House were able to see the cast of King Robert’s skull, and also his great two-handed sword. They were captivated by the accurate portrayal of Bruce and his brother, Edward, who reigned briefly as High King of Ireland: the parts were played by Brian McCutcheon and Duncan Thomson, founders of the Strathleven Artizans who had brought an array of weapons and other medieval artefacts including a reconstruction of King Robert’s throne. 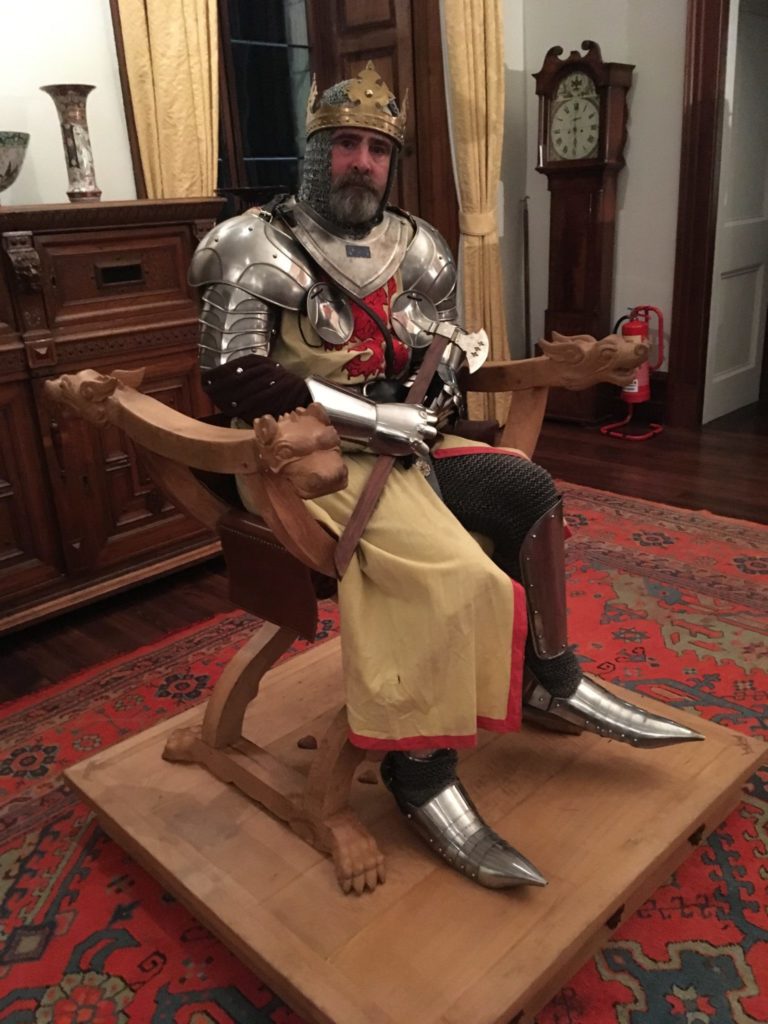