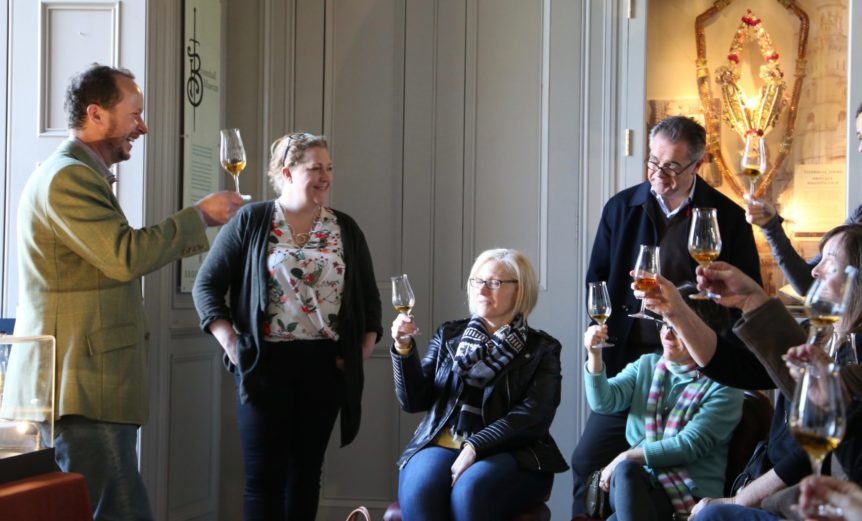 Broomhall House provided a memorable experience for a party of international travel advisers who enjoyed a visit to Scotland in early November. Representing the Virtuoso network, the visitors were accompanied to Broomhall by Richard Cooke, general manager of the Balmoral Hotel. They were shown how a private historic home is managed as a unique visitor experience for a global audience. The visit to Broomhall was arranged by Maclean & Bruce and provided a showcase for a new fusion whisky produced by the Adelphi Distillery. 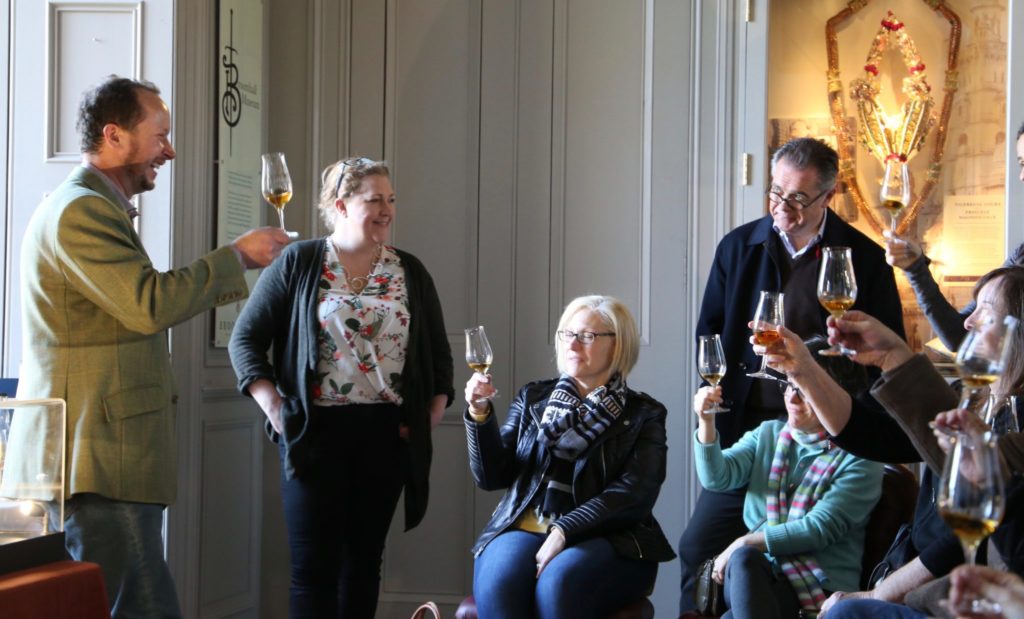 Following a tour of the principal rooms and the Bruce family’s internationally significant collection, the advisers were given a preview of a new fusion whisky which for the first time connects the spirit of notable Indian and Scottish single malts. Enjoying a tasting led by Alex Bruce, MD of Adelphi Distillery, the Virtuoso party gained an unprecedented insight into the process of producing a whisky fused from rare casks from around the world. 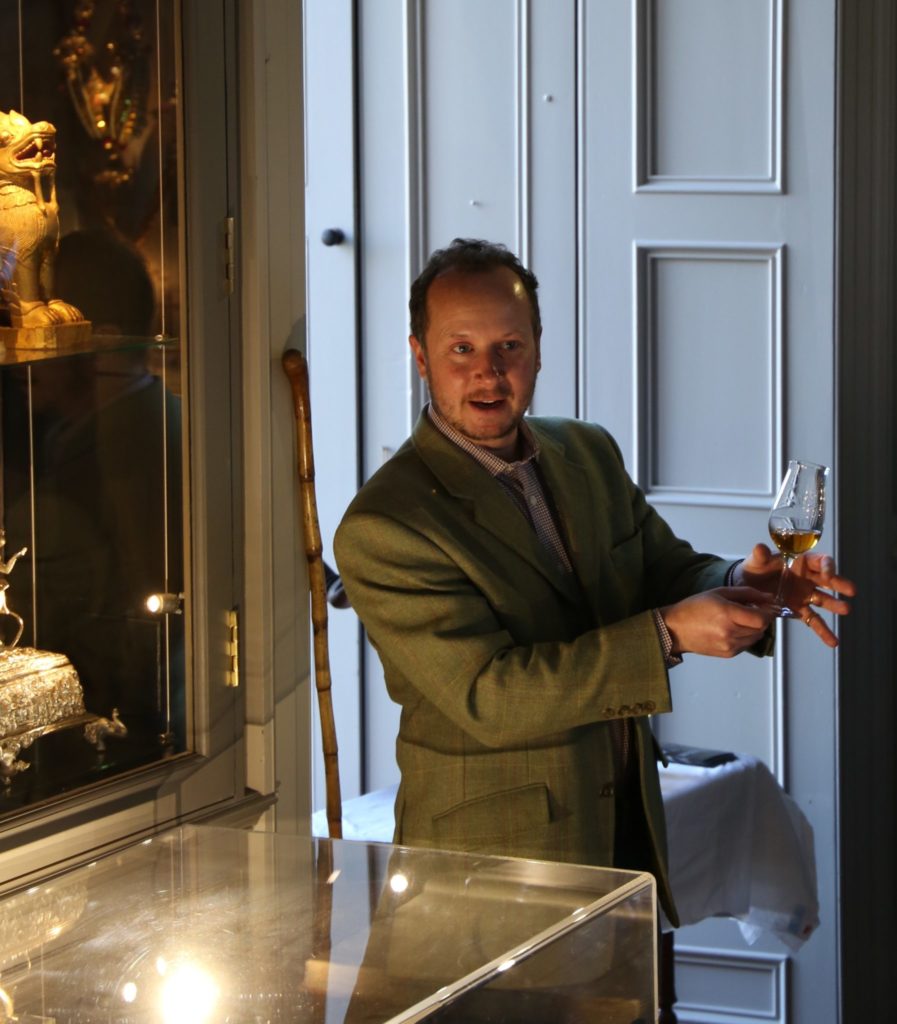 Highlighting the Bruce family connections to India and South Asia, the new fusion whisky commemorates the life of Victor Bruce, 9th Earl of Elgin and 13th Earl of Kincardine, a Scottish liberal politician, who served as Viceroy and Governor General of India from 1894-1899. Alex Bruce, said “It is a fitting tribute to the “Walking Viceroy”, to be able to show off each component part of this exciting new whisky surrounded by original documents and objects from his time in India, and then present the finished blend to such an interested audience.”