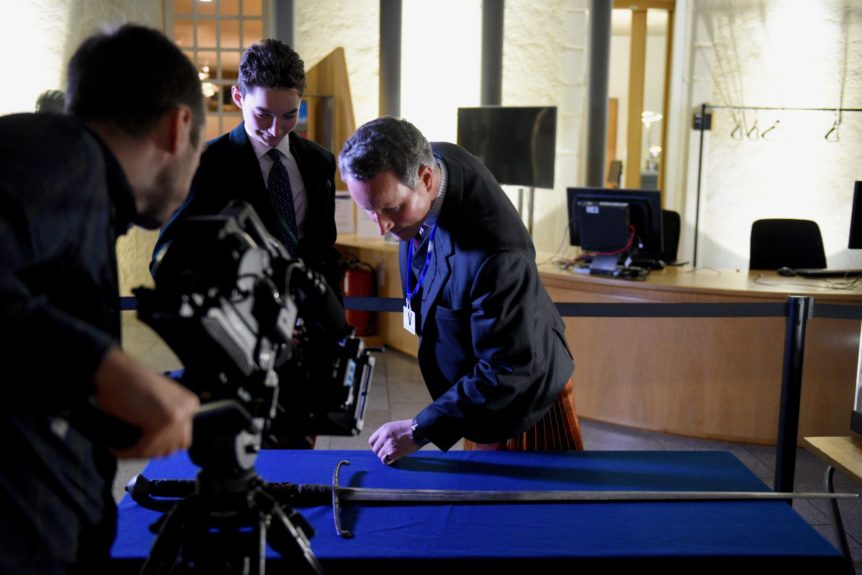 At the invitation of Bruce Crawford MSP, the Bruce Family brought their most important possession to a reception on St Andrew’s Day at the Scottish Parliament in support of Visit Dunfermline.

King Robert’s mighty two handed weapon was brought to the Scottish parliament building by his lineal descendants, Lord Bruce together with his son Benedict. They laid out the sword in the Garden Lobby to the evident delight of an invited audience which included the US Principal Officer, Susan Wilson; the minister For Higher Education,  Shirley-Anne Somerville MSP; and Josh Littlejohn, founder of Social Bite. 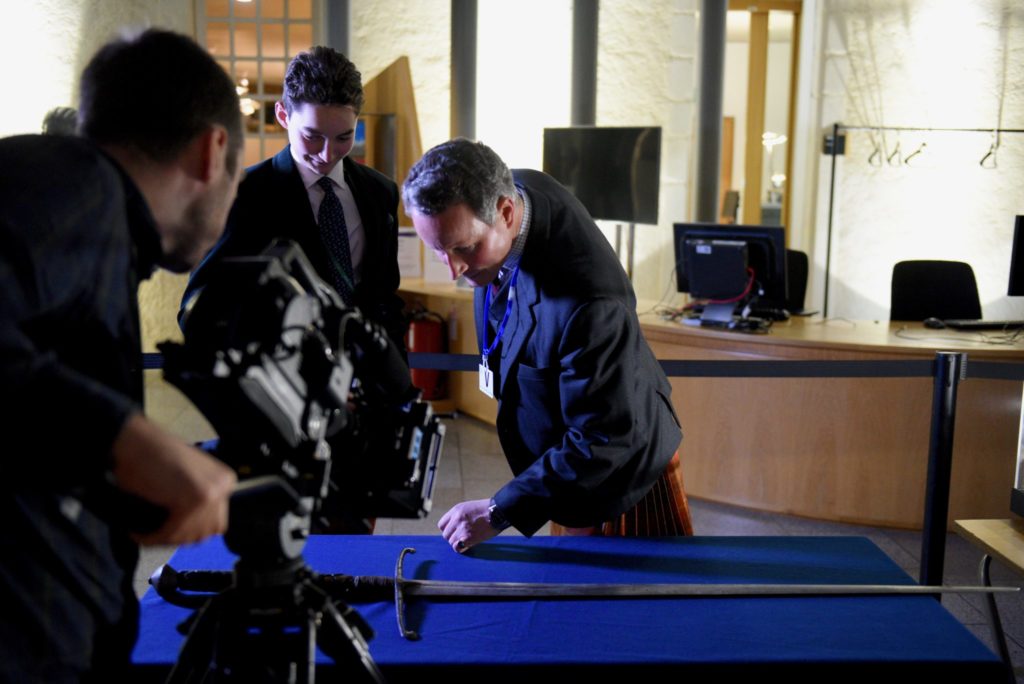 Lord Bruce with Benedict Bruce and King Robert’s sword in the Garden Lobby of the Scottish parliament.

Lord Bruce explained that King Robert held his 14th parliament in Edinburgh 700 years ago in September 1317, three years after his victorious battle of Bannockburn. It seems that the king rarely held a parliament in Edinburgh, but preferred to legislate throughout Scotland in places as far apart as St. Andrews, Berwick, Scone and Ayr. Despite the awkward logistics of travelling around Scotland in the Middle Ages in wartime, King Robert’s parliaments were held widely and frequently. Lord Bruce said: “It is arguable that the Scottish parliament was actually closer to the people in the medieval period”.

King Robert was buried in Dunfermline Abbey in 1329. In February 1818 his body was disturbed during rebuilding works. After lying in state for 20 months, the body was reburied with full honours in November 1819.

Also exhibited at the parliament was a ledger from the Bruce family archive which contains an extraordinary connection to Andrew Carnegie who left Dunfermline for the United States in 1848. Following the Jacobite rebellion in the 1740s Carnegie’s family had moved from Angus to Fife and were offered a tenancy on Broomhall Estate. Unfortunately, the family ran into financial difficulty 80 years later. The ledger for 1826 shows an entry for Andrew Carnegie’s grandfather who owed the estate £34:10s. Andrew Carnegie senior was thought “too poor to pay” and the debt was written off. His grandson returned to Scotland in 1901 having sold his interest in United States Steel for over $400m. His fortune was equivalent to one per cent of US GDP and would be worth $185.7billion today. 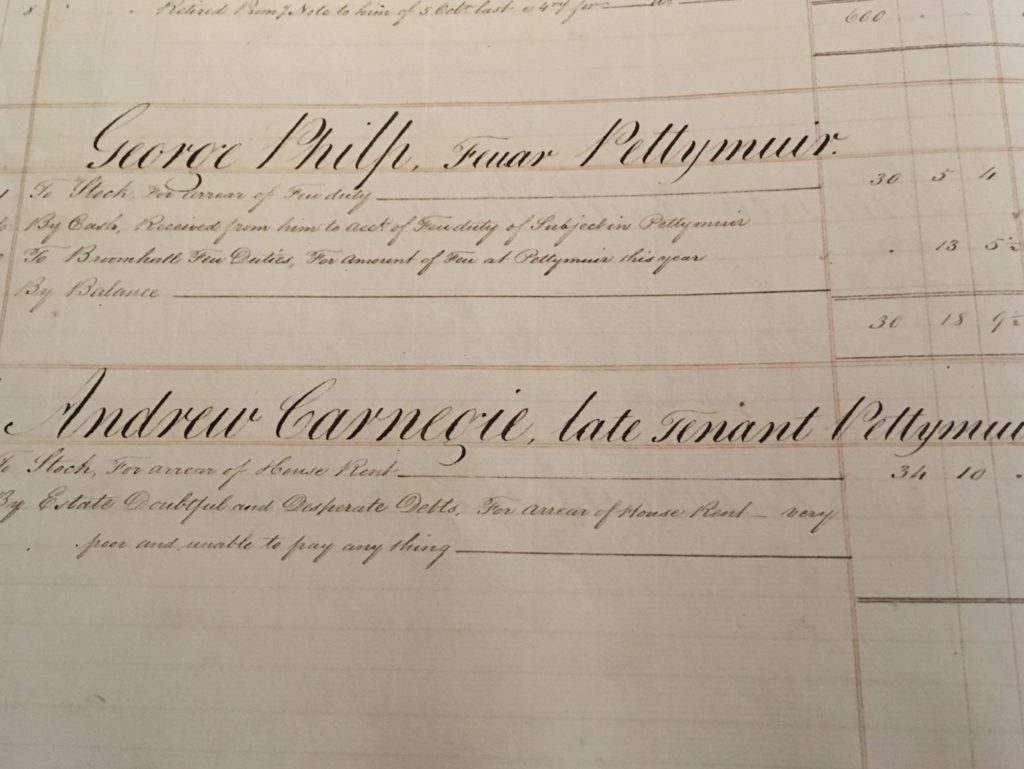 Ledger from Bruce family archive showing an entry for 1826 for Andrew Carnegie senior who owed Broomhall Estate £34:10s. He was thought “too poor to pay” and the debt was written off.