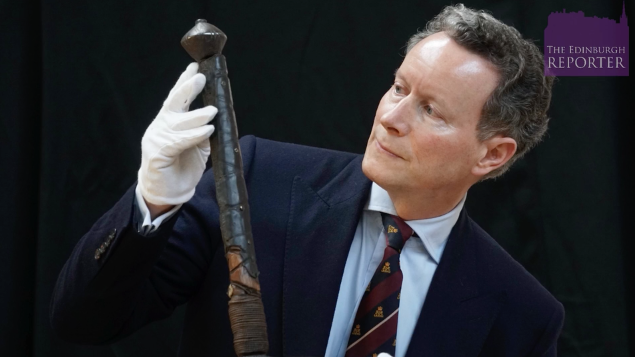 Following Monday’s press announcement, the media wires have been buzzing with excitement over the upcoming Bonhams Scottish Week and our Treasures from Broomhall House and the Bruce Family exhibition.

Lord Bruce has been gracing the media channels and front pages for the last couple of days. Among the many objects on display at the exhibition will be the Sword of State of Robert the Bruce. Kept at Broomhall House, the seat of the Bruce Family, this historic sword is rarely seen in public. The exhibition opens on Monday 22nd January until the 27th January. 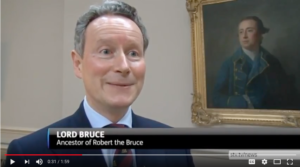 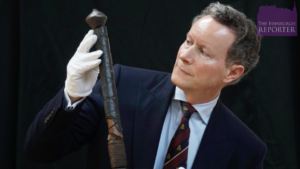 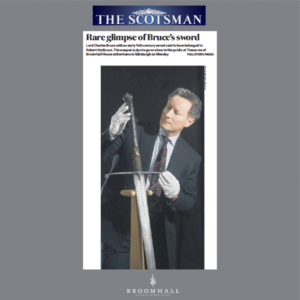 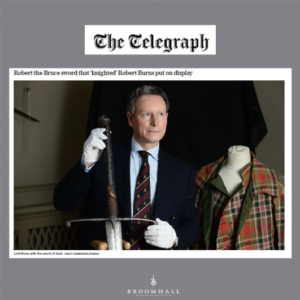 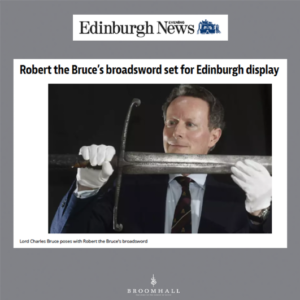 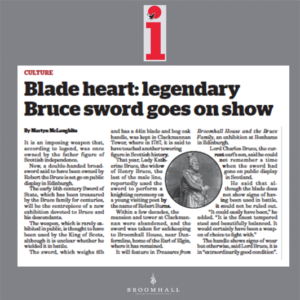 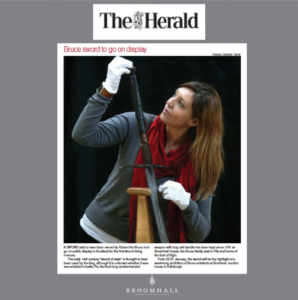 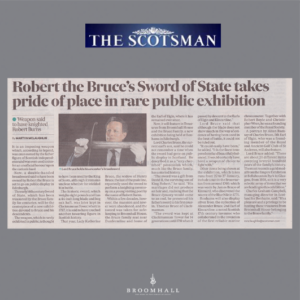 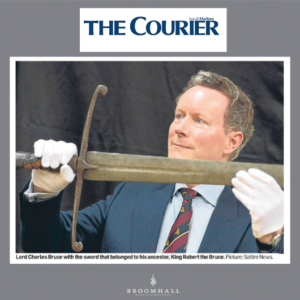 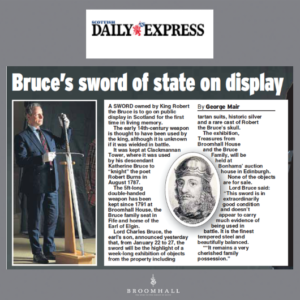