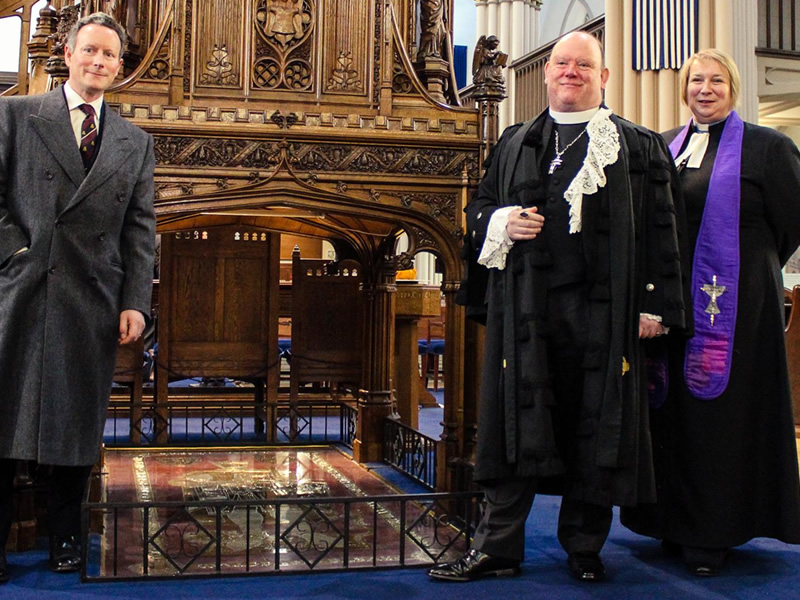 Attending the 200th anniversary of the discovery of King Robert the Bruce’s bones in Dunfermline Abbey, Lord Bruce and Benedict Bruce joined the congregations of the Abbey Church and St Leonards Church at a special service on 18th February 2018. 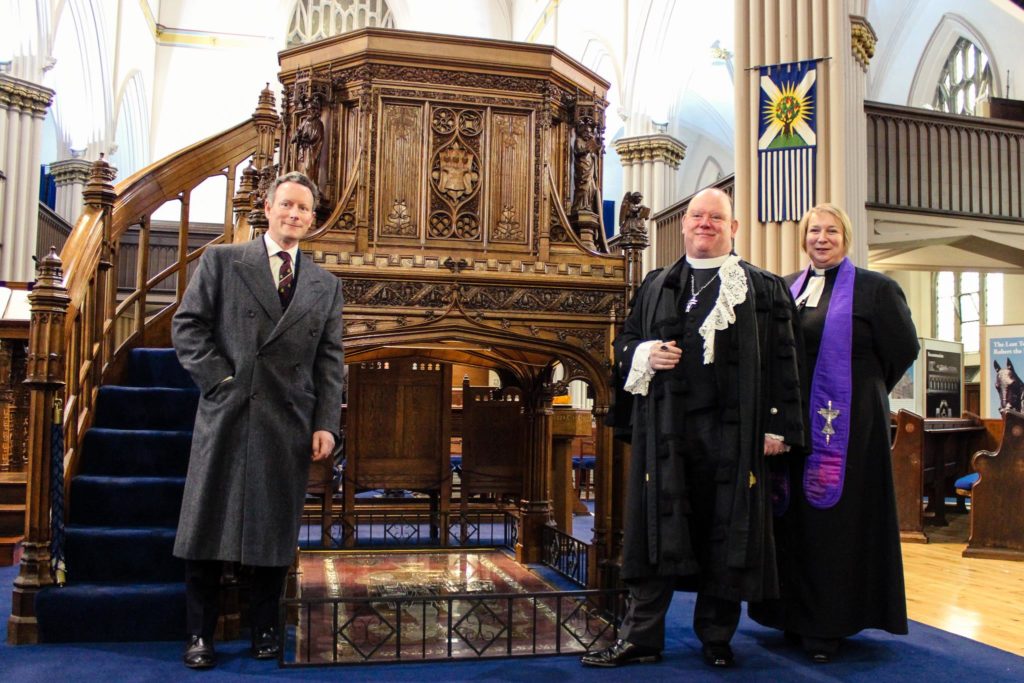 Lord Bruce, the Rt. Rev. Dr. Derek Browning and the Rev. MaryAnne Rennie at the tomb of King Robert the Bruce

The body of King Robert was disturbed by workmen clearing the rubble of the collapsed Abbey tower in 1818. It was still wrapped in the winding sheet of gold cloth in which it had been buried in 1329. Following exhumation the body remained unburied for 22 months. During this time a mould was made of the king’s skull and several casts were made. One was commissioned for the Bruce family and is still kept at Broomhall House along with the king’s sword. 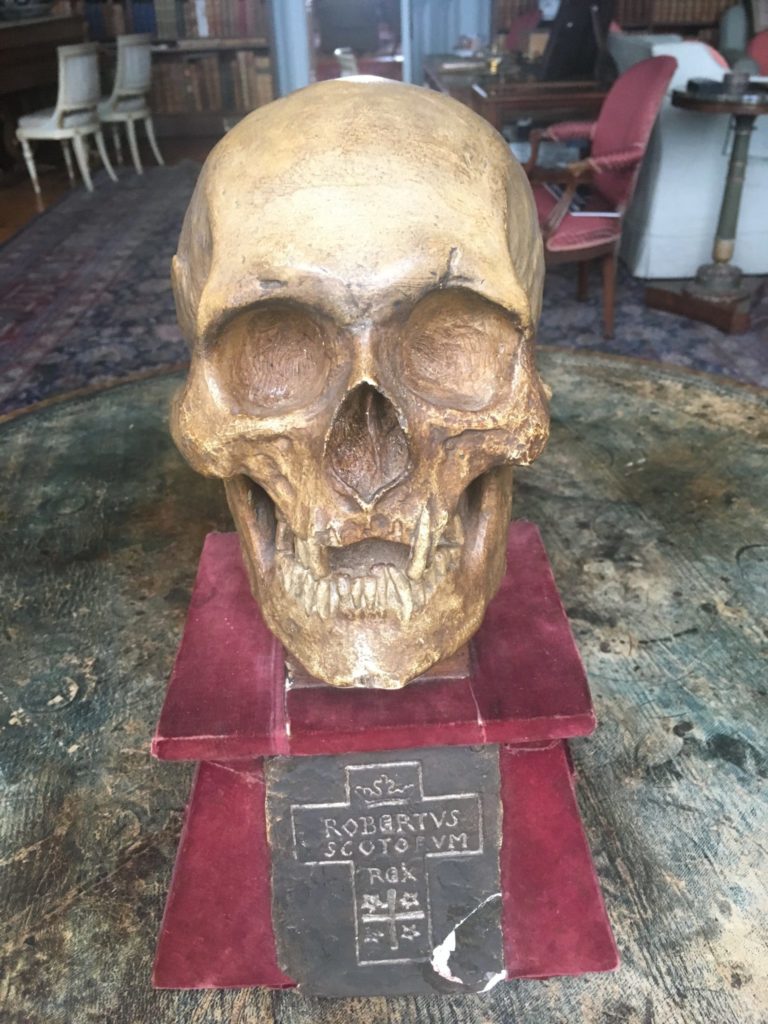 Cast of skull of King Robert the Bruce, by William Scoular, sculptor (1819), at Broomhall House

The service was conducted by Rev.MaryAnne Rennie, minister of the Abbey Church of Dunfermline. The Rt. Rev. Dr Derek Browning, Moderator of the Church of Scotland preached the sermon from the pulpit that stands above the king’s tomb.  Referring to the story of Bruce and the spider, Dr. Browning said the commemoration should not just be about the discovery of the king’s bones, but should also celebrate “his spirit and vision, and his determination to persevere”.