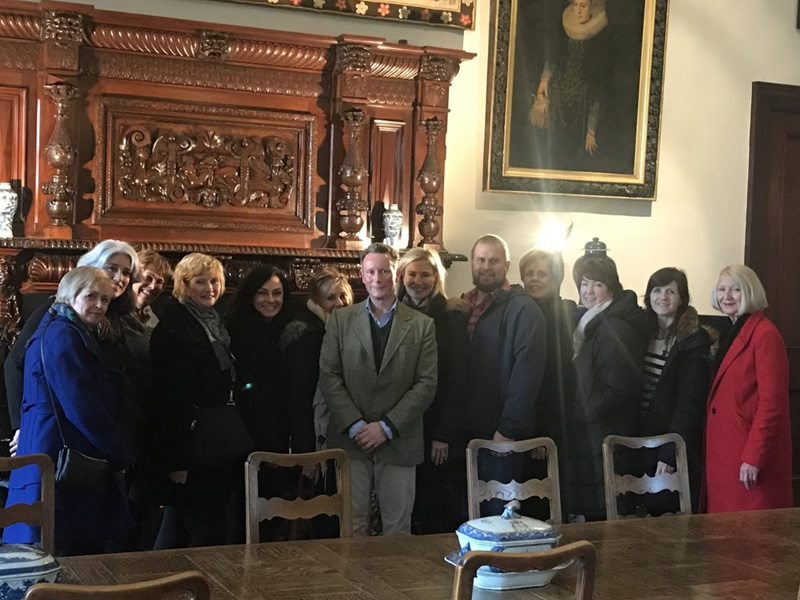 Despite the arctic weather, a warm welcome was extended to an intrepid party of Destination and Travel Consultants drawn from all over the United States, who visited Broomhall House recently. Arriving at Broomhall on the last leg of their Scottish trip, the party was given a personal tour of the house and its collection by Lord Bruce. In anticipation of the film Outlaw King which will be released by Netflix later this year, they were shown the sword and skull of King Robert the Bruce. 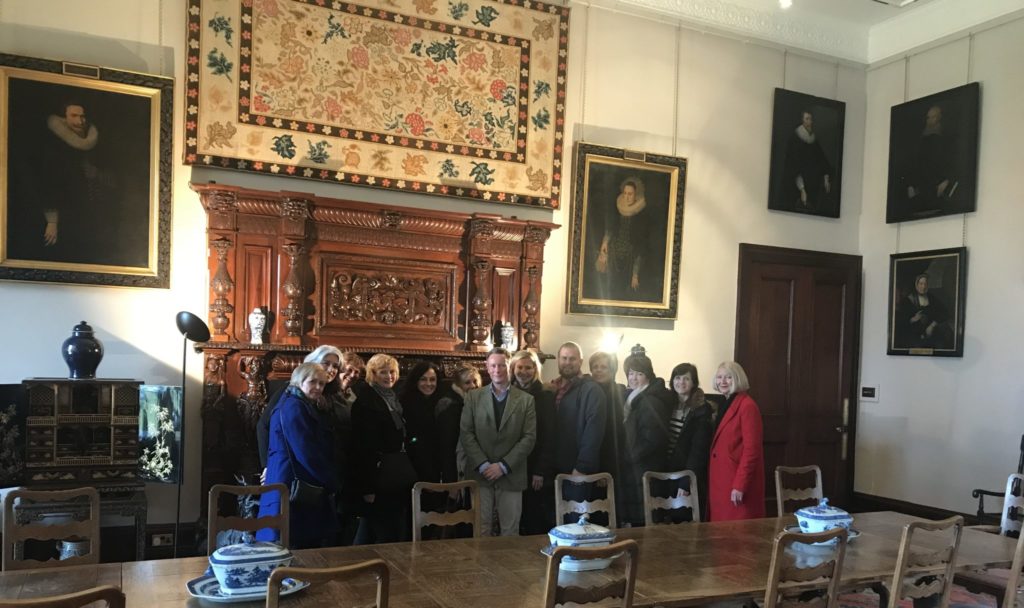 US Destination Consultants spring tour of Scotland led by Dream Escape, in the dining room at Broomhall House with Lord Bruce

In the library Lord Bruce reflected on the popularity of the US cable TV series, Outlander, and pointed out the portraits of  family members who were Jacobites. He also showed several rare books belonging to his forebears ,that ignited the American Revolution . These included an early copy of the Geneva Bible. A  first edition of Adam Smith’s Theory of Moral Sentiments (1759), and Adam Fergusson’s History of Civil Society (1767), both of which influenced the Declaration of Independence, were also on display.