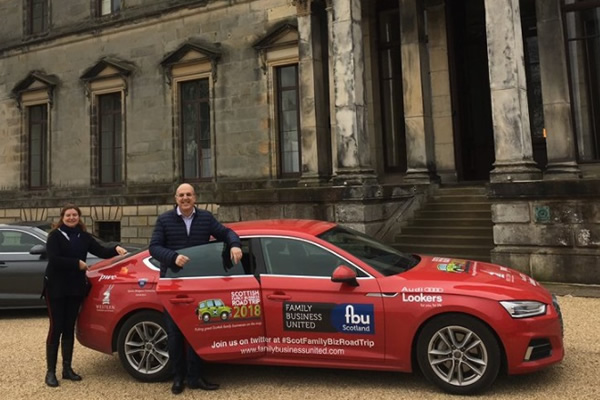 Taking a tour of Scotland in March, Paul Andrews, CEO of Family Business United visited around 20 well established family firms including Johnstons of Elgin, Apex Hotels, and Little’s Chauffeurs. Completing his journey at Broomhall House, Paul together with Susannah Simpson, Private Business Partner at PwC, was welcomed by Charles Bruce and Sophia Bruce, and given a guided tour of the house.

During their tour, Paul and Susannah were shown business records dating from 1776, the year that Kirkcaldy-based Adam Smith published The Wealth of Nations. Charles Bruce explained that Smith had studied the activities of local enterprises and found all the evidence he needed to write the world’s first book on economic theory.

Paul was amazed to learn that the Bruce family has been in business for over 440 years, tracing the origins of their family firm to 1575 when Sir George Bruce took a lease of the Castlehill Mine at Culross  and developed one of the most innovative mining enterprises in Europe.