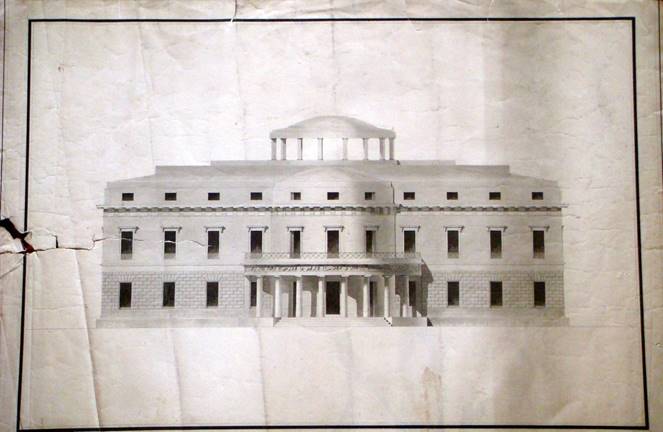 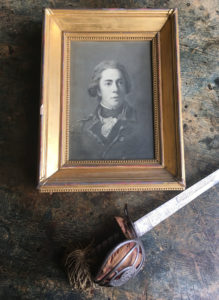 Engraving of a painting by Anton Graf (1786) of General Thomas Bruce together with an officer’s basket-hilt sword issued to the Elgin Fencible Regiment c. 1794, kept at Broomhall House.

Over several centuries prominent members of the Bruce Family have served the British armed forces in a variety of roles.

In 1794 Britain was plunged into war with revolutionary France. Landowners responded to the emergency by raising regiments. Thomas Bruce (7th Earl of Elgin) raised a Fencible regiment of 300 men. They were garrisoned in Ireland where 35,000 British troops were deployed in readiness for a French invasion.

When war broke out Thomas was pursuing a diplomatic career.  In 1795 he was appointed British Minister in Berlin  where he successfully prevented the Prussians from forming an alliance with the French.

In 1803 he was captured as an enemy combatant by the French and was subsequently imprisoned for three years on Napoleon’s orders. 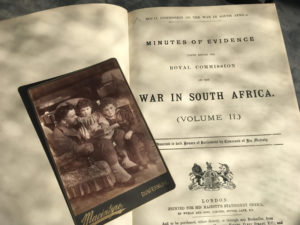 Victor Bruce (9th Earl of Elgin) c.1897 together with his personal copy of the Report on Military Preparation for South African War 1902-03.

In the aftermath of the South African War (1899-1902) – the 2nd Boer War –  the British government set up the Elgin Commission, a Royal Commission of Inquiry chaired by Victor Bruce (9th Earl of Elgin).

Although Britain defeated the Boer armies, the conduct of the war revealed serious failures in its military preparedness.

Victor’s commission examined all aspects of the campaign and was trenchant in its criticism. Many of his recommendations were incorporated into the far-reaching Haldane Reforms of the British Army (1906-1912). The reforms led to the creation of the British Expeditionary Force (BEF), just in time for the outbreak of WW1 in August 1914.