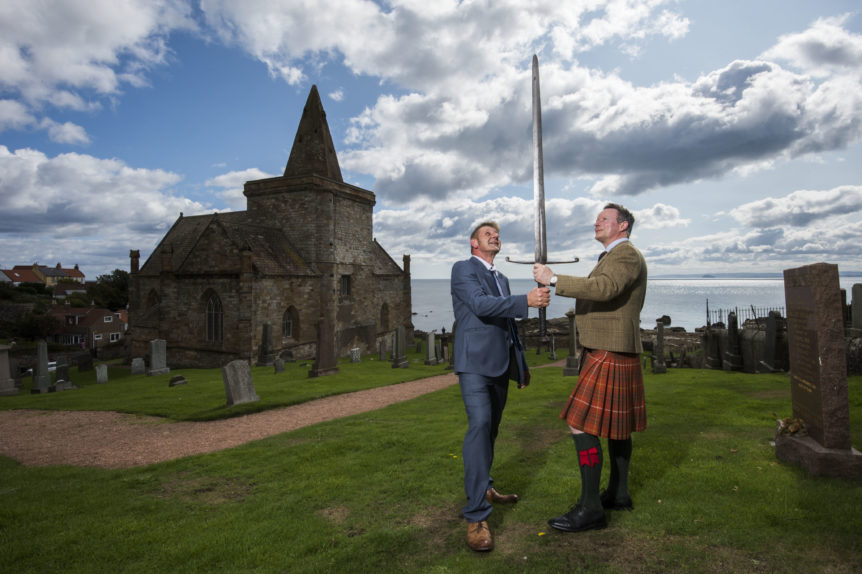 Several years earlier, the childless King David ensured the continuity of the Bruce line by gifting his father’s sword to his cousin, Sir Robert Bruce of Clackmannan in 1357.

It has since passed through 19 generations of the principal line of the family and is cared for at Broomhall House. For the first time in 650 years, the sword has been reunited with David’s church. 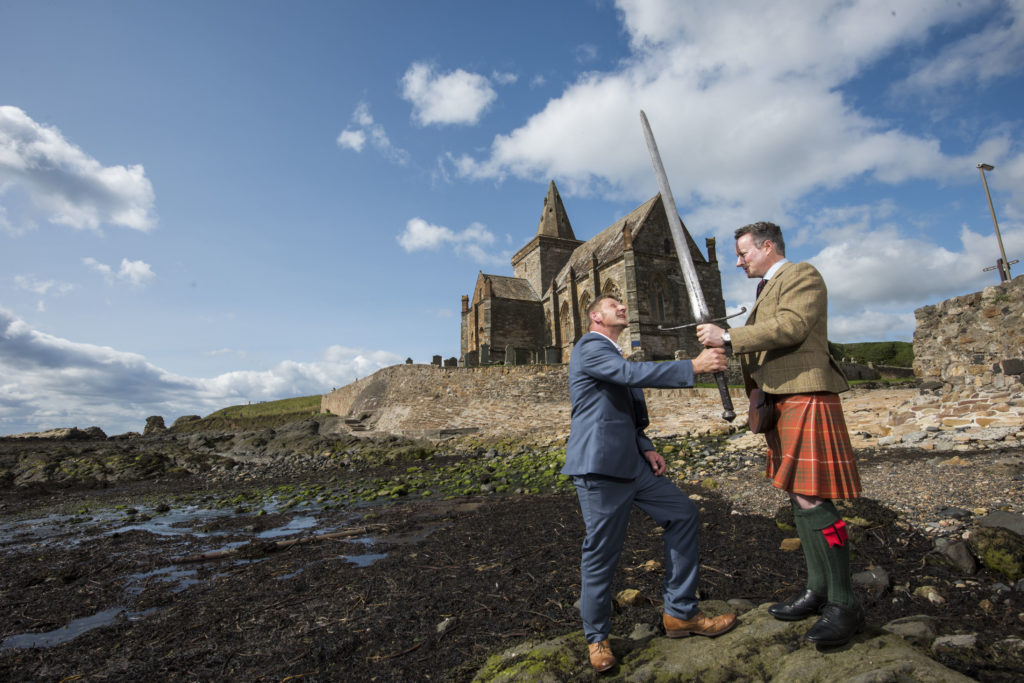 Was King David planning to follow an Arthurian tradition?

Captured by an English army at the battle of Neville’s Cross in 1347, David spent 10 years as a prisoner of war attached to the court of Edward III. It was here that a code of chivalry was developed in the footsteps of King Arthur and his Knights of the Round Table, and where the works of Chaucer were first performed.

David attended the inaugural installation of Knights of the Garter at St George’s Chapel in Windsor Castle in 1348. On his release from captivity and his return to Scotland in 1357 it is thought he intended to establish a rival order of chivalry  – dedicated to St Monan – but he built a Chapel Royal instead.

Private viewings of Broomhall’s incredible collection, including the sword of Robert the Bruce, are available by special arrangement. For more details, enquire today.