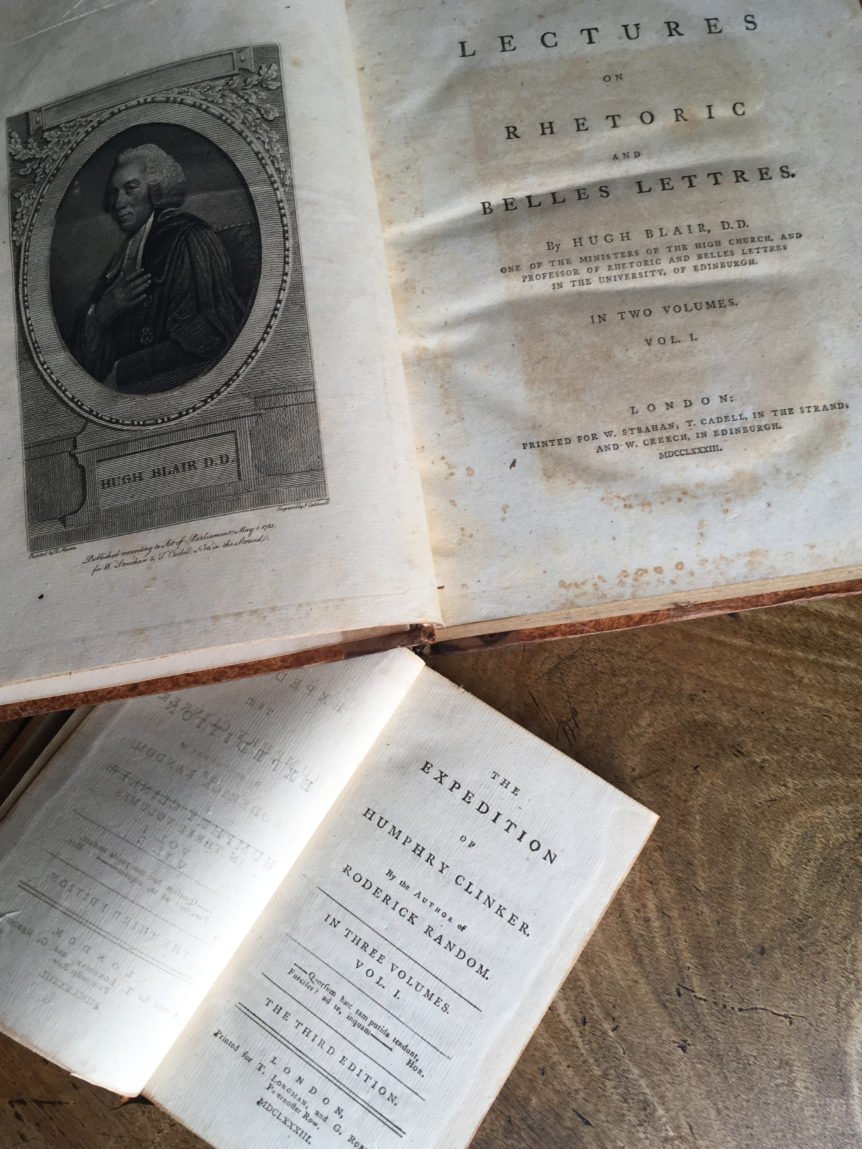 In the library at Broomhall House, are some important books written by eighteenth century Scottish writers: Hugh Blair’s Lectures on Rhetoric and Belles Lettresand Tobias Smollet’s Expedition of Humphry Clinker.

Hugh Blair (1718-1800) was the first academic to teach English Literature as a stand-alone subject. For Scots seeking to take advantage of the Act of Union (1707) to travel and prosper in the British Empire, Blair’s syllabus became an essential area of study.

Through literature, Blair enabled his students to understand how their English neighbours thought and behaved. Although Regius Professor of Rhetoric at the University of Edinburgh, he was also minister of St. Giles Cathedral. His Sunday sermons were based on the lectures he delivered to his undergraduates.

Tobias Smollet (1721-1771) was the first writer in English to publish a travel novel set in Britain. Studying medicine at the University of Glasgow, Smollett joined the Royal Navy in 1740 and stayed in the West Indies. Returning to London in 1744, he established his reputation as a writer with Adventures of Roderick Random(1748). Several novels followed, including Peregrine Pickle(1751). His final work, Expedition of Humphry Clinker(1771) is presented in the form of letters written by six characters: andis recognised as one of the finest epistolary travel novels of the period.