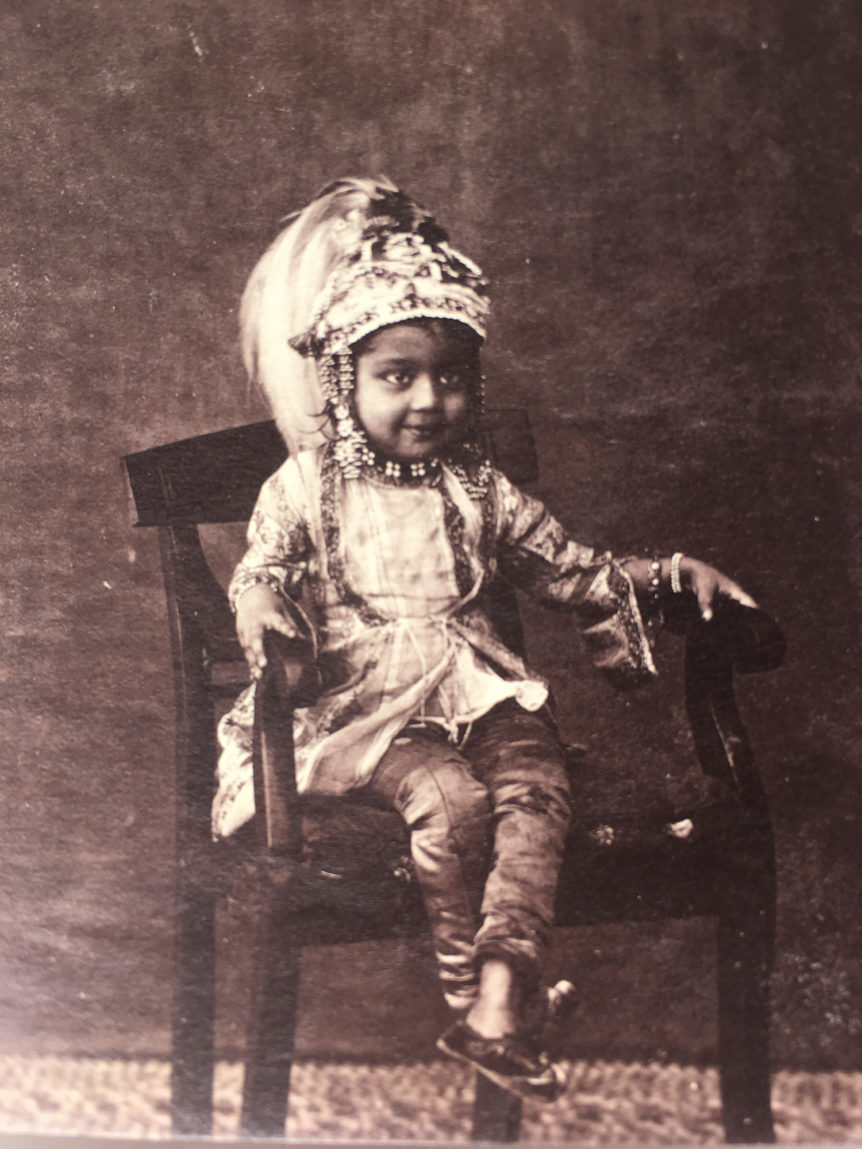 This is a wonderful photograph of Princess Jahan the Nawab Sultan Kaikhusrau Jahan Begum (1858-1930) as a child, who ruled as Begum of Bhopal (1901-1926). The Indian state of Madhya Pradesh, Bhopal , was one of the few Princely States of India which was ruled by a female dynasty. This matriarchal period of rule began in 1819 on the succession of Sikandar Begum whose father, Nazar Mohammad Khan had been assassinated. The last Begum, Mehr-i-Taj Sajida Sultan Begum Sahiba, retained her title until 1971, thus ensuring a queenly succession over a period of 152 years.

The photograph is an albumen* print taken by James Waterhouse (1842-1922), a British army officer who pioneered the use of photography and photo-mechanical printing in India in the 1860s. In 1862, Waterhouse was sent to Central India where he took a series of portraits of Sikander, her courtiers and her children. This included the charming shot of Princess Jahan, Sikander’s four year old heir apparent. Waterhouse’s portraits of the Bhopal royal family were later published to much acclaim in Watson and Kaye‘s, The People of India(1868).

A folder of loose Waterhouse prints is in the Broomhall House archive. They were presented to James Bruce, 8th Earl of Elgin who served as Governor General and Viceroy of India (1862-63).

*Albumen print was the first commercially usable method of producing photographic prints on a paper base from a negative, using egg white albumen to bind photographic chemicals to the paper.