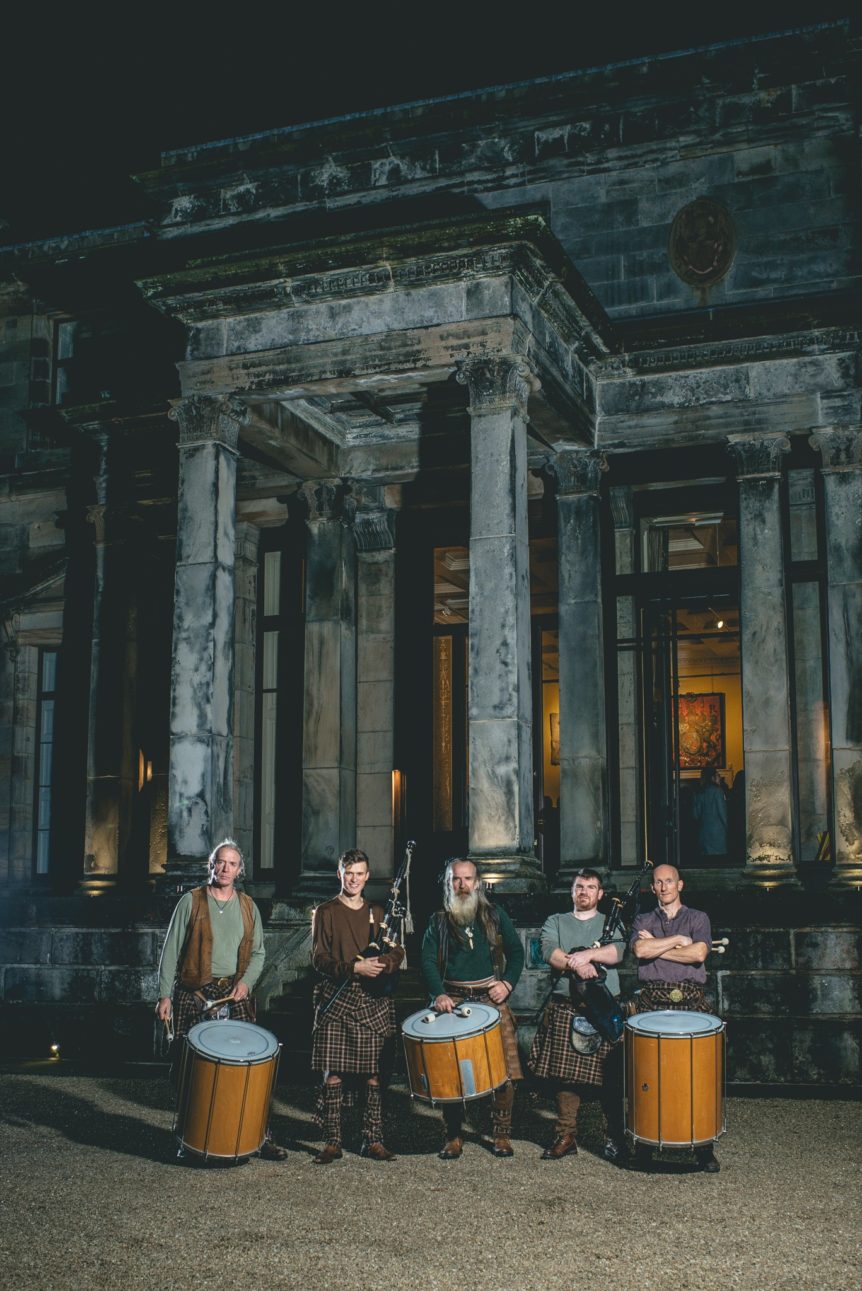 The Bruce family recently teamed up with three of its close collaborators MacLean and Bruce, the Adelphi Distillery and Hickory Food to host a special event.

An evening reception brought together 100 guests, representing just some of Scotland’s world-renowned hospitality and tourism sector.

Guests were greeted by the unmistakable sound of Clanadonia, the Celtic drum and pipe band which plays regularly at Broomhall. (Above)

Explaining that Broomhall House was designed originally 300 years ago as a machine for entertaining, Lord Bruce thanked everyone for attending and for supporting the Bruce family’s hospitality enterprise: although it only opened in 2017 as an exclusive-use location, Broomhall House has already hosted over 50 events in 2019. 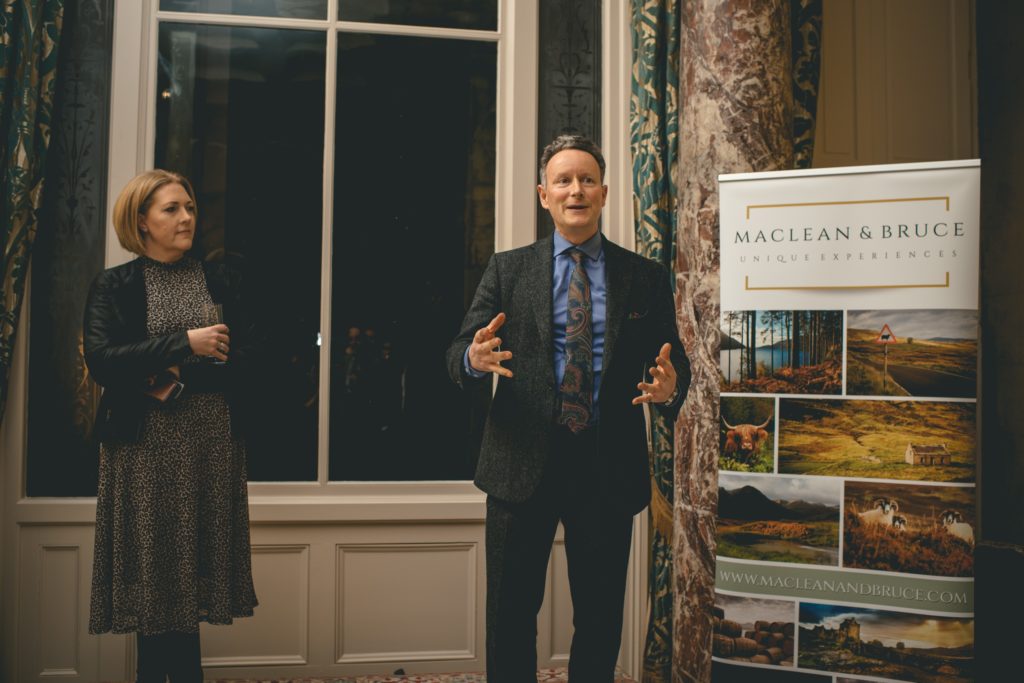 Introducing her luxury travel business, Maclean and Bruce – which operates at the rarefied end of the world travel industry – Vikki Bruce told a very funny story about a legendary visit by HSH Prince Albert of Monaco who once lunched at Broomhall en route from Ardnamurchan by helicopter, having commemorated Adelphi’s start of build on their Ardnamurchan Distillery. 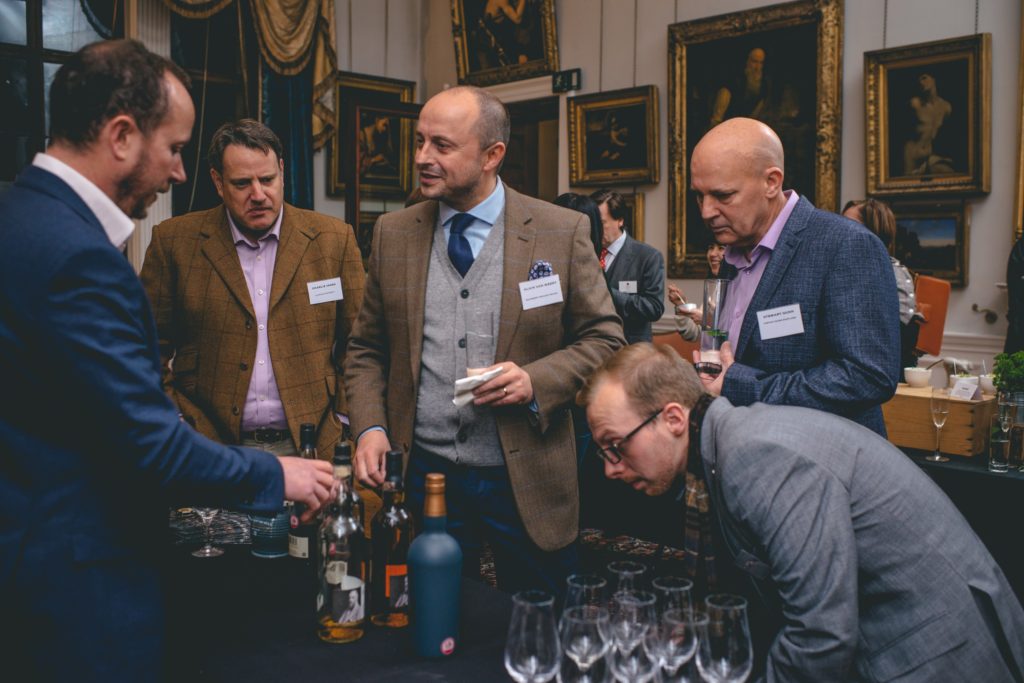 Alex Bruce, MD of Adelphi Distillery who brought an array of his Scotch and world-first fusion whiskies.

On cue Alex Bruce, MD of Adelphi Distillery described how he built his maturation and bottling facility on the Broomhall Estate, and why he buys his malting barley from Broomhall’s farming enterprise. Adelphi has also pioneered world fusion whisky with acclaimed fusion bottlings drawing from the most distinguished Scottish distilleries and combined with specially selected Japanese, Indian, Dutch and Australian casks. His Indian-Scotch fusion whisky was available for delighted guests to sample along with some Ardnamurchan and limited edition single cask Scotch whisky. 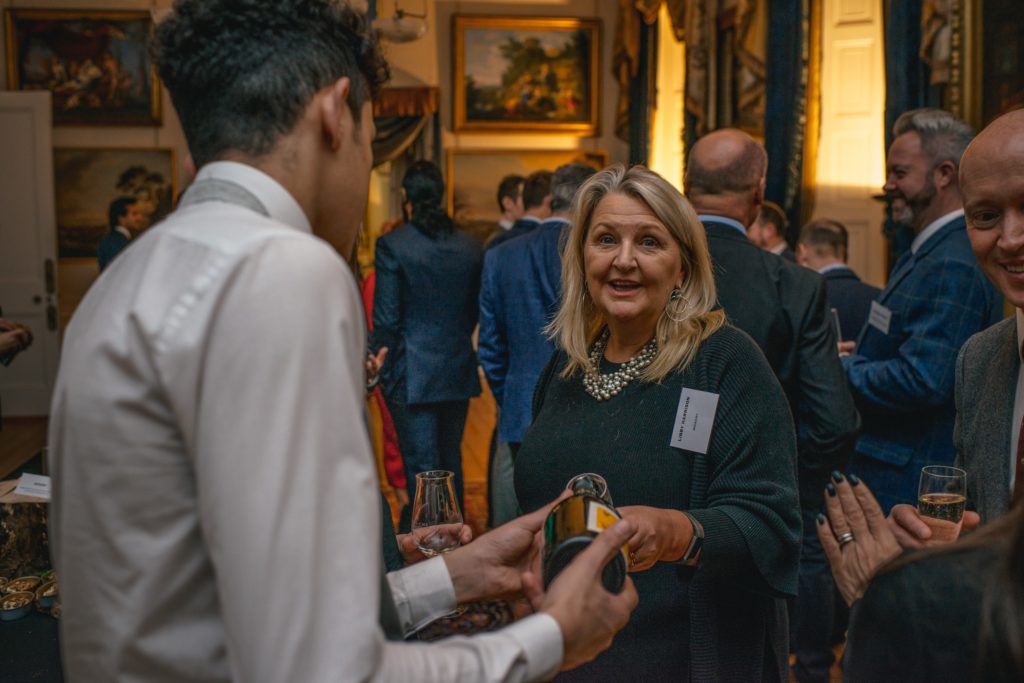 Libby Harrison, Head of Sales for Hickory Food. Hickory supported the reception by providing a mouth-watering choice of delicious and highly inventive canapes.

Broomhall House is establishing itself as one of Scotland’s must-see exclusive-use venues.