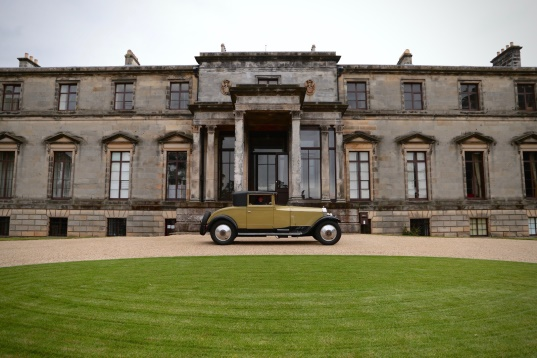 Returning from a workshop in Monktonhall where it spent the winter, the Bruce family’s 1923 Silver Ghost is now sporting a pair of very smart period headlamps. This Rolls-Royce fixed head coupe has been kept at Broomhall for over fifty years. Although its body is French – built by the master coachworks, Labourdette – its radiator shell is modelled on the Parthenon. 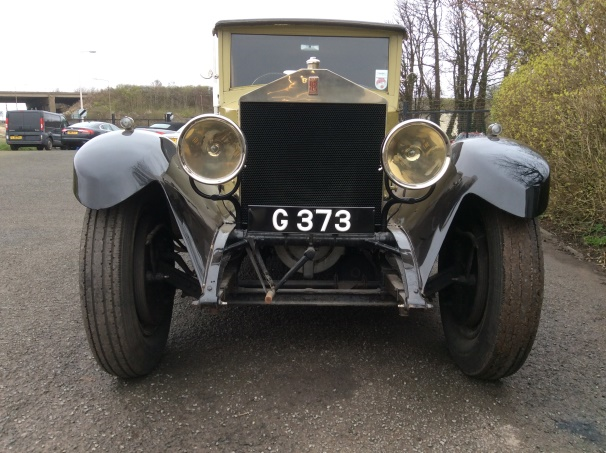 Highlighting another connection between the Bruce family and world motoring history, the design of Broomhall House had a considerable  impact on architectural fashion in the early nineteenth century. Plans and drawings in the family archives dating from 1806 are among the earliest anywhere to reveal the Greek revival influence on architecture and the decorative arts.

A century later in 1906, Charles Rolls and Henry Royce adopted the Doric portico of the Parthenon as the model for their famous radiator grille. 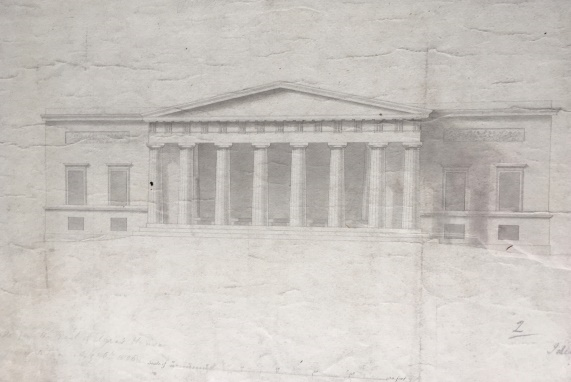