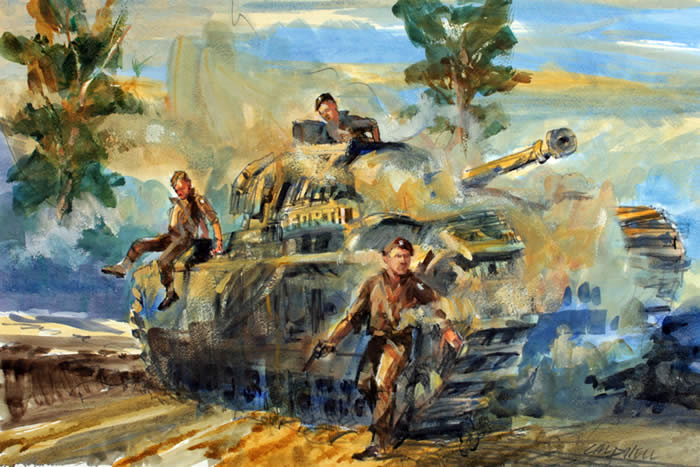 Although aged only fifteen when Britain declared war, 96 year old Andrew Bruce ( 11th Earl of Elgin) is one of the few surviving witnesses to the first air battle fought over the British mainland – the  Battle of the Forth –  which occurred on 16th October 1939. Intercepting three waves of enemy bombers, the RAF deployed both 602 and 603 Squadrons (Cities of Edinburgh and Glasgow) whose Reservist pilots shot down two Heinkel He 111s  and a Junkers Ju 88.

Together with his father, (10th Earl of Elgin, Lord Lieutenant of Fife), Bruce stood on the south lawn at his home, Broomhall House watching the Luftwaffe planes flying across the river from West Lothian searching for the battleship HMS Hood. He recalls: “My father told me to run back to the house to fetch his rifle. He emptied a magazine at the leading Heinkel which later crashed at Crail!”

On leaving Eton College in 1941 where he had trained with the officer training corps, Bruce joined the Home Guard with the rank of sergeant. Both his older sisters had also joined up. Lady Martha chose the WAAC where she rose to the rank of Major; while Lady Jean joined the WAAF, serving in the Operations Room at Biggin Hill. 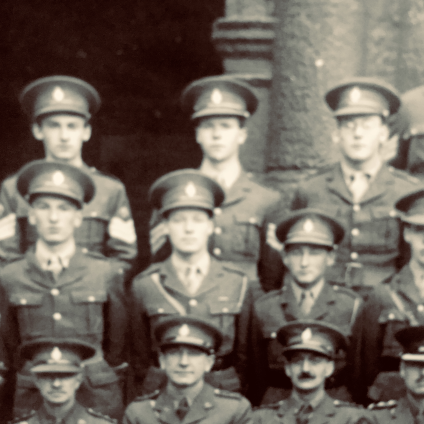 In 1942 Bruce joined the 3rd (Tank) Battalion, Scots Guards, a regiment in which successive members of the family had served since 1787.  In 1941 each of the Foot Guards regiments had been allocated an additional armoured battalion jointly forming the 6th (Guards) Armoured Brigade. As an independent armoured unit the brigade was attached to different infantry divisions fighting in North West Europe, for the remainder of the war.

Landing at Juno Beach on 22nd July, the 3rd Scots Guards were assigned to the 15th Scottish Division, 2nd British Army Corps. The 20 year old Second Lieutenant Lord Bruce was posted to the Left Flank where he commanded a troop of three Churchill Mk IV tanks. Named after the principal Scottish rivers – Forth, Clyde and Tay – his troop of Churchills, each with a crew of four, were armed with either a six pounder or a 75mm anti-tank gun, a 7.65mm hull-mounted Besa machine gun and also a Bren gun. Within a week of landing, the 3rd Scots found themselves engaged in one of the most critical battles of the Normandy campaign – the Battle of Caumont – where they were pitted against the formidable 2nd Panzer Division.

Advancing through 6,000 yards of Bocage countryside –  where dense hedgerows and sunken lanes could restrict visibility to less than 200 feet – the Scots Guards quickly outran their supporting infantry units –  the 2nd Argyll and Sutherland Highlanders and the 2nd Gordon Highlanders. They fought on as an independent armoured unit, flushing out and destroying enemy strong-points as they moved forward. Although they succeeded in routing three well-entrenched German regiments – taking a large number of prisoners – they paid a heavy price, succumbing to an ambush from three Jagdpanther 88 tank destroyers under the command of the notorious SS-Haupsturmfuhrer Michael Wittmann: in the space of five minutes, the 3rd Scots lost eleven Churchill tanks. 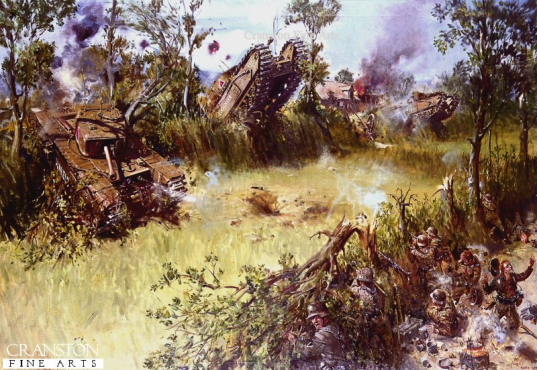 Later awarded the action as a Battle Honour, the 3rd Scots were singled out by General Dempsey, Commander of 2nd British Army, who described Caumont as one of the most important tank battles fought by the British Army in WW2, as it helped to smash enemy resistance in Normandy, thus contributing to the collapse and headlong rout of Army Group B at the Battle of Falaise Gap.

In the week following the break-out at Caumont, further skirmishes were fought by 3rd Scots with pockets of well-entrenched German troops ordered to stand fast by Hitler. At Estry, while advancing in support of the Highland Light Infantry, Bruce’s troop fought off a determined attack by a platoon of SS. At Chenedolle on 12th August, while advancing in support of the Welsh Guards, his tank was hit by a Panzerfaust rocket and quickly ignited.  Although two of the crew escaped, the driver Guardsman Brand was killed. Badly burned and severely wounded in the right leg, Bruce was eventually recovered from the battlefield, and evacuated to the coast. His hospital transport crossed the Channel on 19th August, almost exactly a month after he had embarked for war. 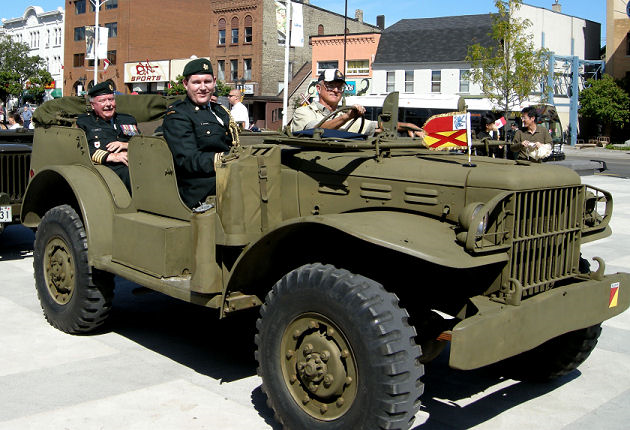