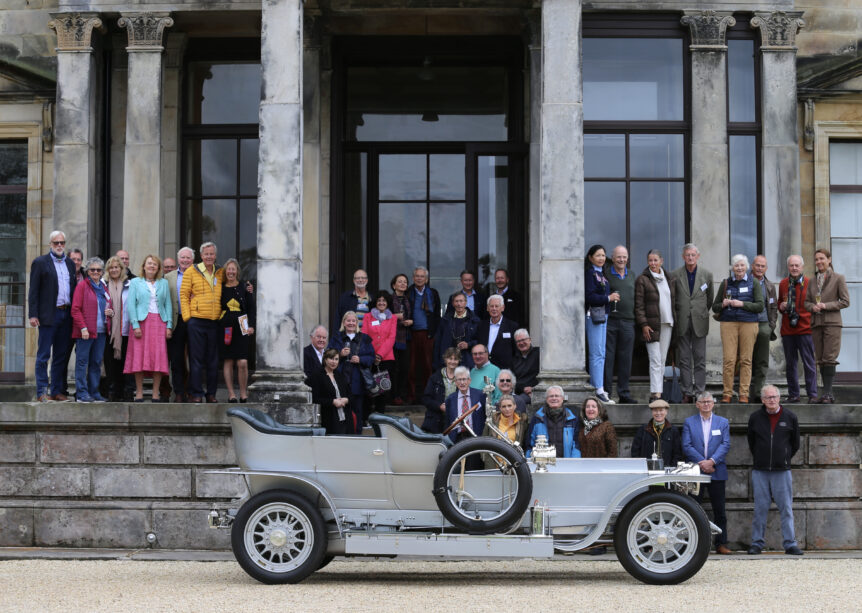 Now in its 115th year of continual promotional use, the world’s most celebrated motor car arrived at Broomhall for Sunday lunch hosted by the Bruce family. Following a route planned by the 20-Ghost Club – the world’s oldest Rolls-Royce owners’ organisation – the original Silver Ghost is touring Scotland in the company of a further 21 Rolls-Royce motor cars, all of them built between 1906 and 1937. 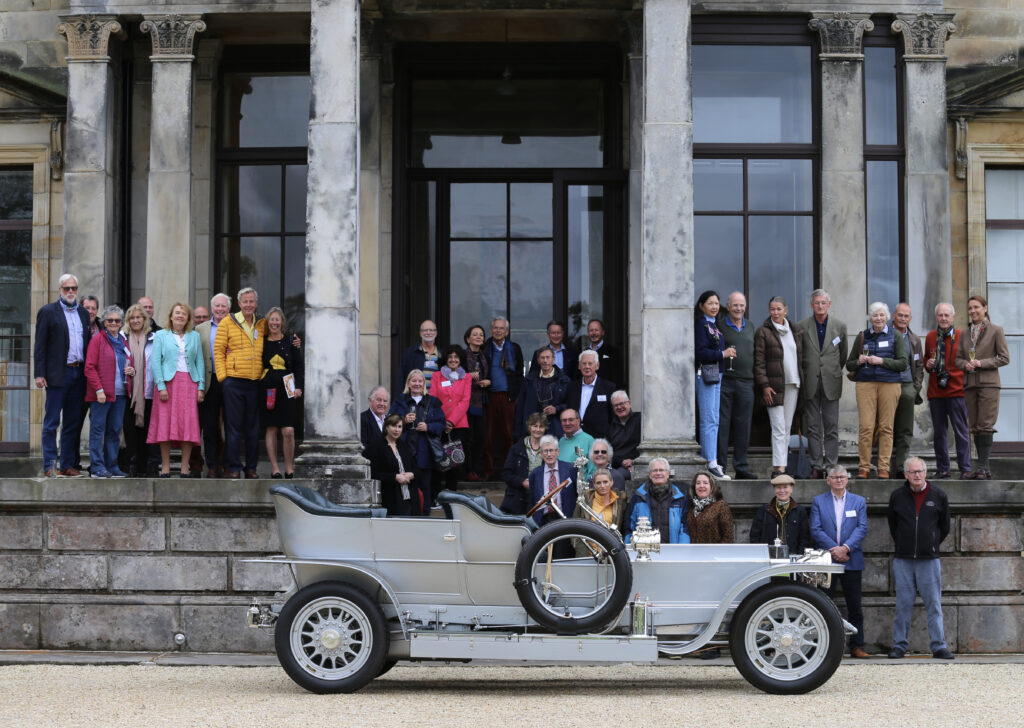 AX 201, the Rolls-Royce 40/50hp model which debuted as the Silver Ghost at the 1906 Motor Show at Olympia, is no stranger to Scotland. Tested exhaustively over highland roads for the Scottish Reliability Trials in April 1907 it won its class hands down with a score of 976 marks out of 1000 and earned the soubriquet Best Car in the World.

Describing the drive as “the smoothest thing we have experienced”, the motoring correspondent of The Autocar added that “the motor beneath the bonnet might be a silent sewing machine”. Later that year the Silver Ghost won the world record for non-stop motoring completing 15,000 miles in two weeks by driving between Glasgow and London 27 times. 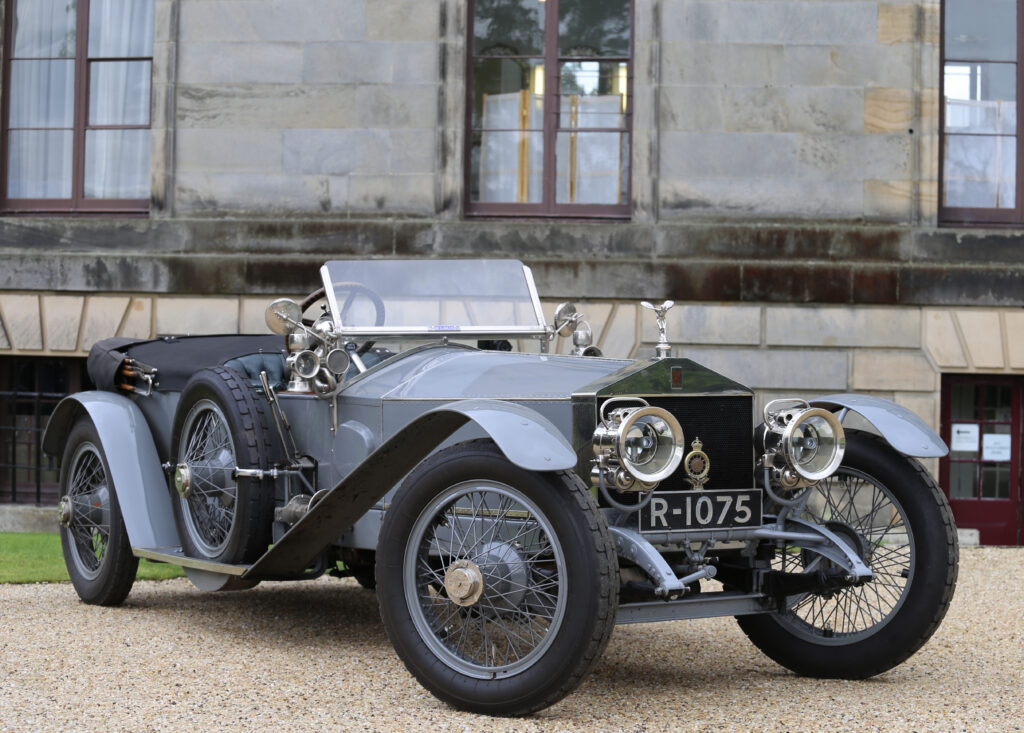 Also visiting Broomhall was another important example of Rolls-Royce’s engineering excellence – R1075 the original London-Edinburgh lightweight open tourer – which completed an 800 mile return journey from London to Edinburgh in top gear in 1911, finishing this feat with a timed lap of the Brooklands Racing Circuit where it reached the incredible speed of 101 mph. 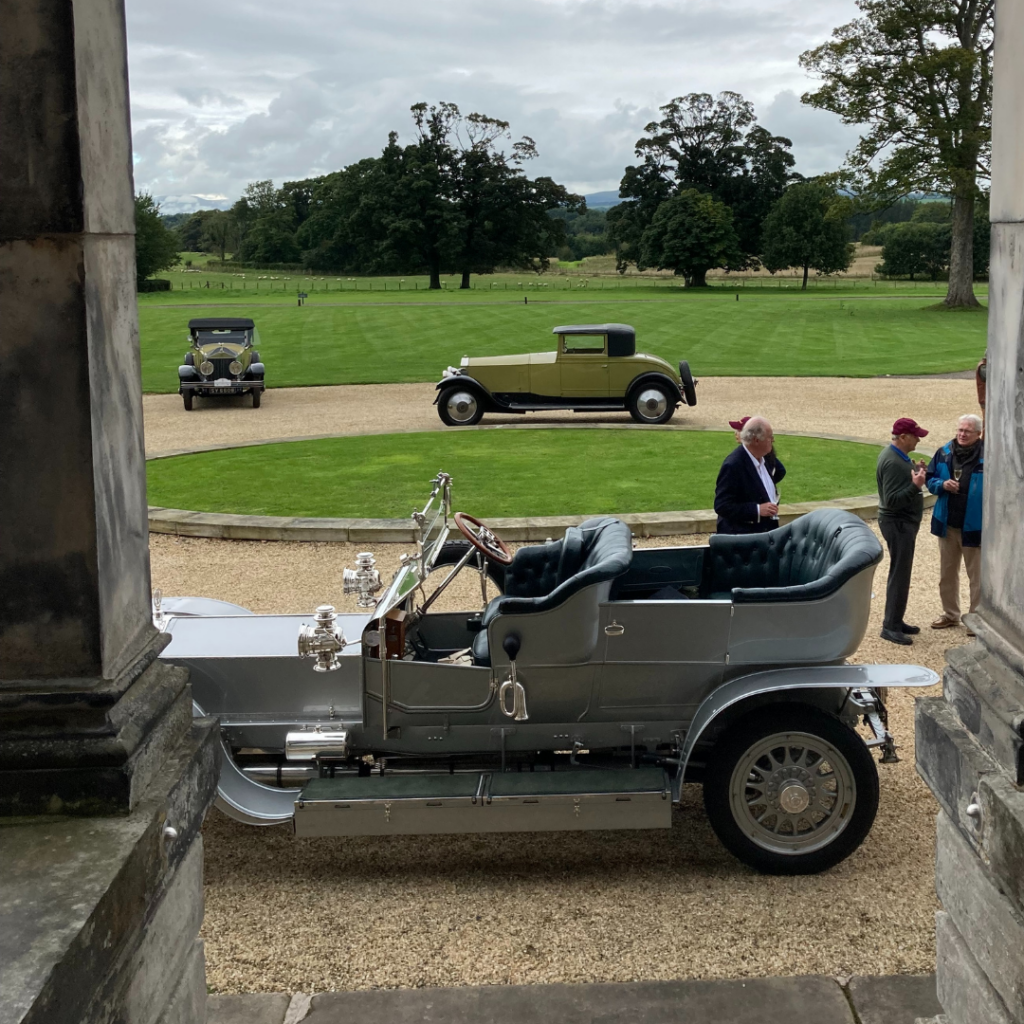 Released from its garage for the day to join the assembled cars, the Bruce family’s 1923 Silver Ghost provided a distinctive contrast in style. Rebodied by Labourdette in 1929, the 40/50hp car has been based in Scotland for its entire life, occasionally racing the night train from Glasgow Central Station to Carlisle, in the hands of a previous owner.