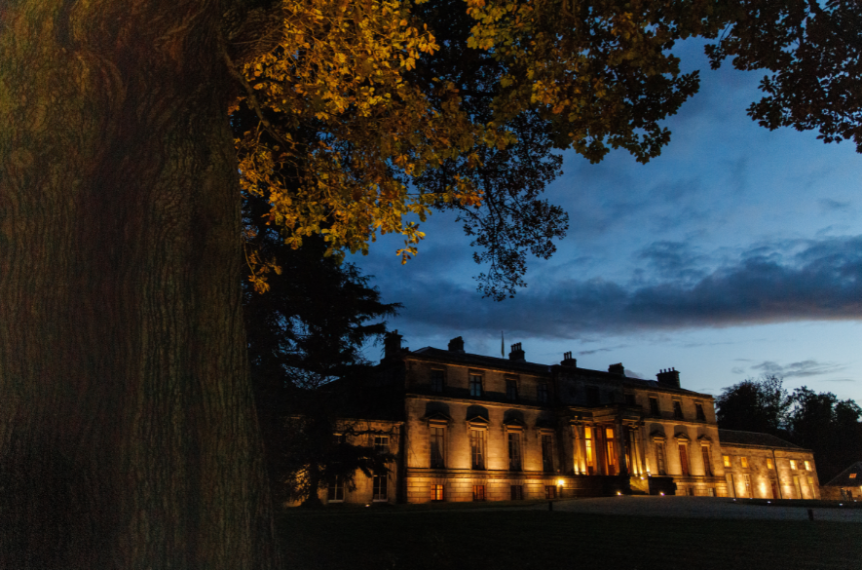 The Bruce family were honoured to be asked to host a private reception and dinner at Broomhall on the eve of COP 26 for His Excellency, Mr Pham Minh Chinh, Prime Minister of the Socialist Republic of Viet Nam and his delegation of 16 ministers.  The evening ended with the ceremonial handover of a Liquidambar Styraciflua tree which will be planted on the north lawn as a contribution to the Queen’s Green Canopy initiative marking Her Majesty’s forthcoming Platinum Jubilee. 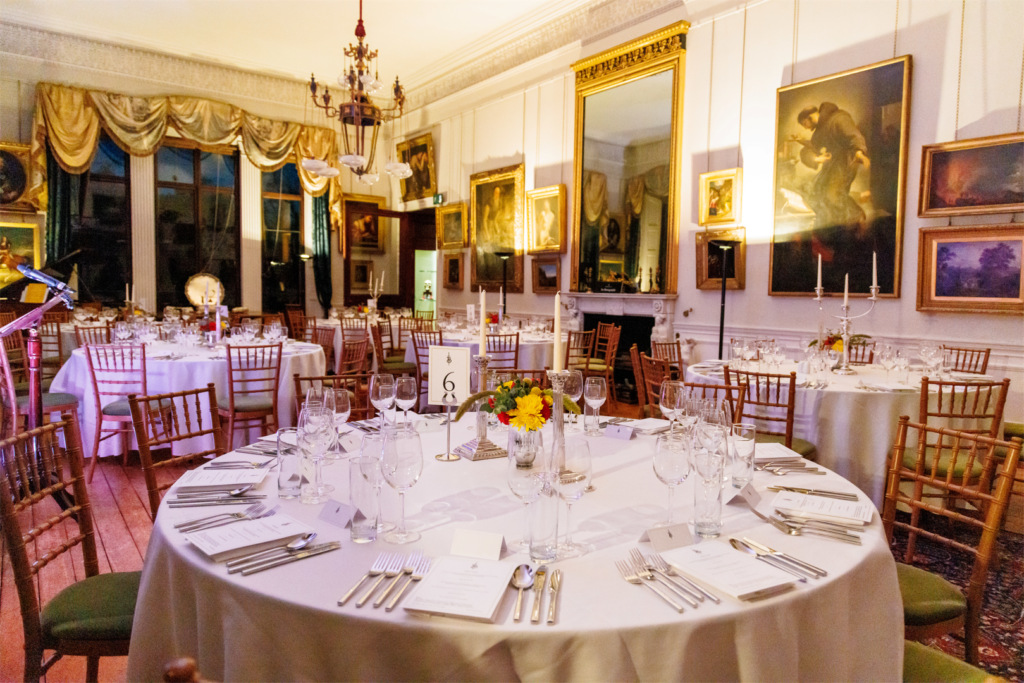 The drawing room of Broomhall House prepared to host a private dinner for the Vietnam PM and delegation ahead of COP26.

Broomhall House is surrounded by ceremonial trees planted by Kings and Queens to mark a Royal visit to the Bruce family. On the north lawn stand two Quercus robur trees (English oak) planted in 1923 by King George V and Queen Mary. A third tree was planted by the Duke of York, later King George VI. On the south lawn, a Fagus sylvatica f. purpurea (Copper beech), was planted by King Edward VIII during the Abdication Crisis in 1936. It was never pruned. 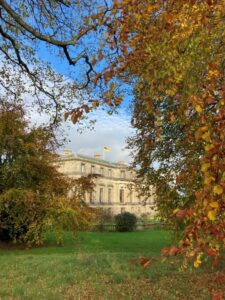 Broomhall House framed by leaves of the Copper beech tree planted by King Edward VIII in 1936. 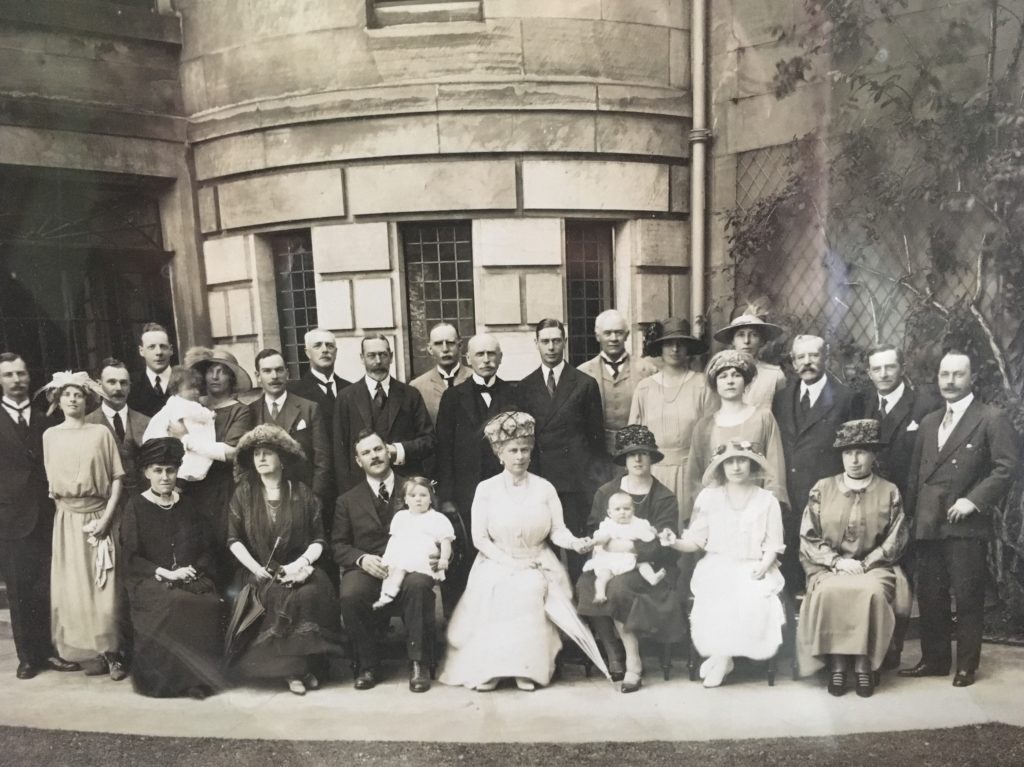 Photograph taken on the day that three members of the Royal Family planted oak trees at Broomhall: George V, Queen Mary and the future George VI in 1923.

Planting has been a way of life for the Bruce family for many generations. In addition to established ancient and semi-natural woodland, over 100,000 trees have planted on the estate over the past half century. A further 25,000 trees were planted in 2018: over the next thirty years these trees alone will sequester around 4,000 tonnes of carbon. 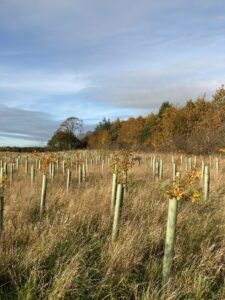 Broadleaf plantations established at Broomhall in 1988 and 2018.