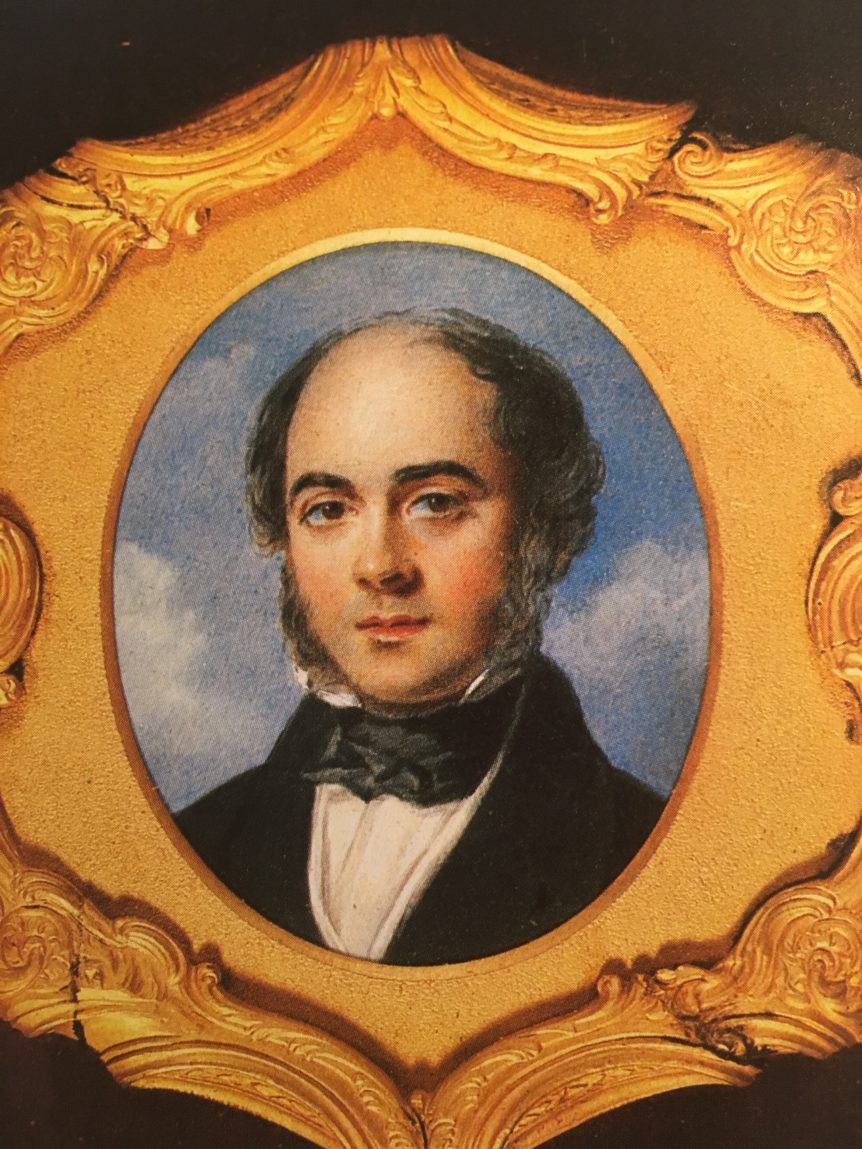 Canada Day has been held as a national holiday on 1st July since 1867 when the country became a federal self-governing dominion within the British empire. In 1965 Canada adopted a new red and white flag with the maple leaf as the iconic symbol of its nationhood.  But the story behind this most recognisable of international flags is closely connected with the Bruce family. 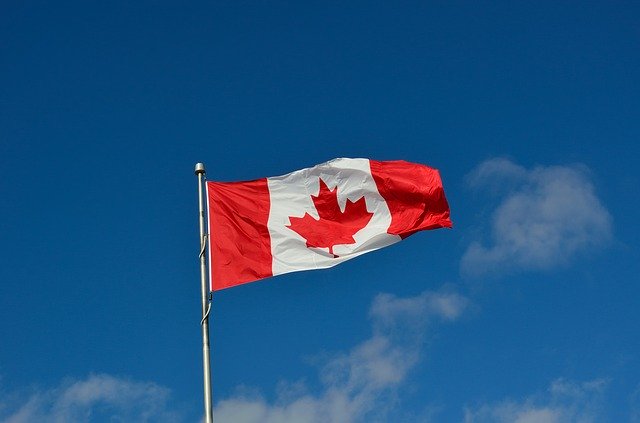 Image by ElasticComputeFarm from Pixabay

Appointed as Governor General of British North America (The Province of Canada) in 1847, James Bruce (8th Earl of Elgin) arrived in Montreal to find the surviving fragment of Britain’s American empire in an unsettled mood. Memories were still raw from an armed revolt staged ten years before. The new Governor’s priority was to find a peaceful way forward and to weld the Anglophone and Francophone communities of Upper and Lower Canada (Ontario and Quebec) into a united polity. 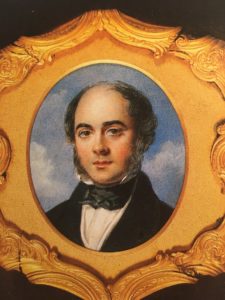 James was keen to introduce legislative democracy under effective cabinet government. This had never been tried anywhere in the British empire. It was the first attempt at decolonisation, and it almost failed. Following a parliamentary election in March, a reforming government took office, led for the first time by a cabinet representing French Canadian and English-speaking constituencies.

On the evening of 25th April 1849, in response to the Governor giving his assent to a controversial bill, an unruly crowd gathered outside the Canadian parliament building in Montreal and burned it to the ground. In the ensuing melee James was mobbed and jeered. Several days later when he returned to receive a loyal address, his coach was assailed with missiles. 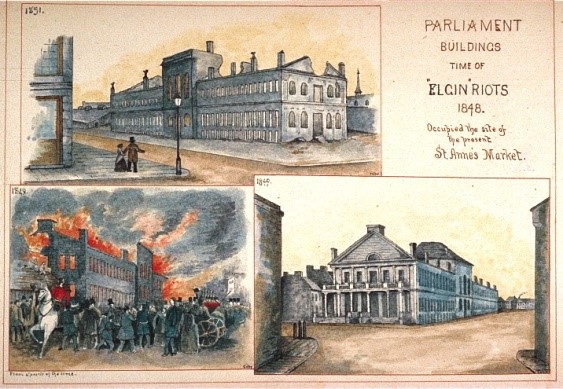 The Elgin Riots in Montreal and the burning of the parliament buildings, 25th April 1849

With the smell of the burning building still in his nostrils, James wrote to the Colonial secretary Lord Grey in London, and concluded ruefully that “Montreal is rotten to the core and if all Canada be like it the sooner we have done with it the better.” But he hoped for better times and set himself to the task. Over the next five years he encouraged the emergence of an inclusive Canadian identity and laid the foundations of a strong economy.

In 1854, in his final year as Governor General, James’s persistence paid off. In June he travelled to Washington DC and negotiated the first North American free trade agreement, the Elgin-Marcy Treaty. Canada never again enjoyed better or more advantageous terms of trade with the United States. In September he laid the foundation stone for the Victoria Bridge across the St. Lawrence at Montreal, the lynch pin of the Grand Trunk Railway. Extending to three kilometres it was the longest bridge in the world. A silver mason’s trowel, specially engraved for the occasion, perhaps marks the first use of the maple leaf as the official emblem of Canada. It is one of the most precious objects kept at Broomhall House. 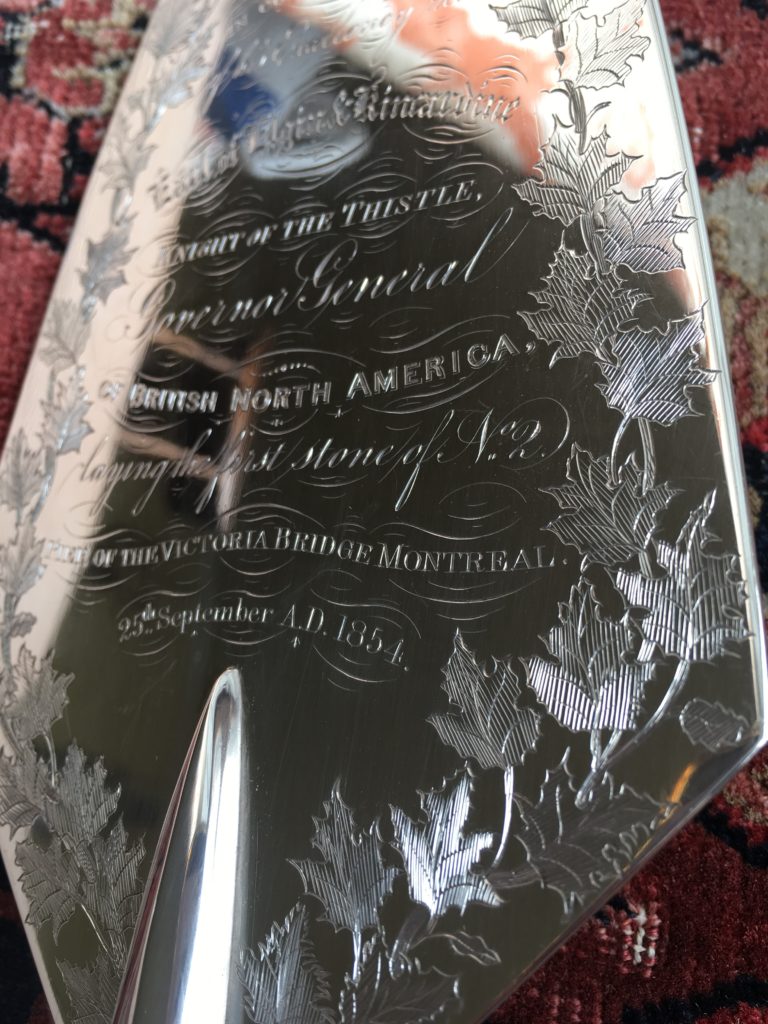 Silver mason’s trowel used by Lord Elgin to lay the foundation stone of the Victoria Bridge in Montreal, 25th September 1854