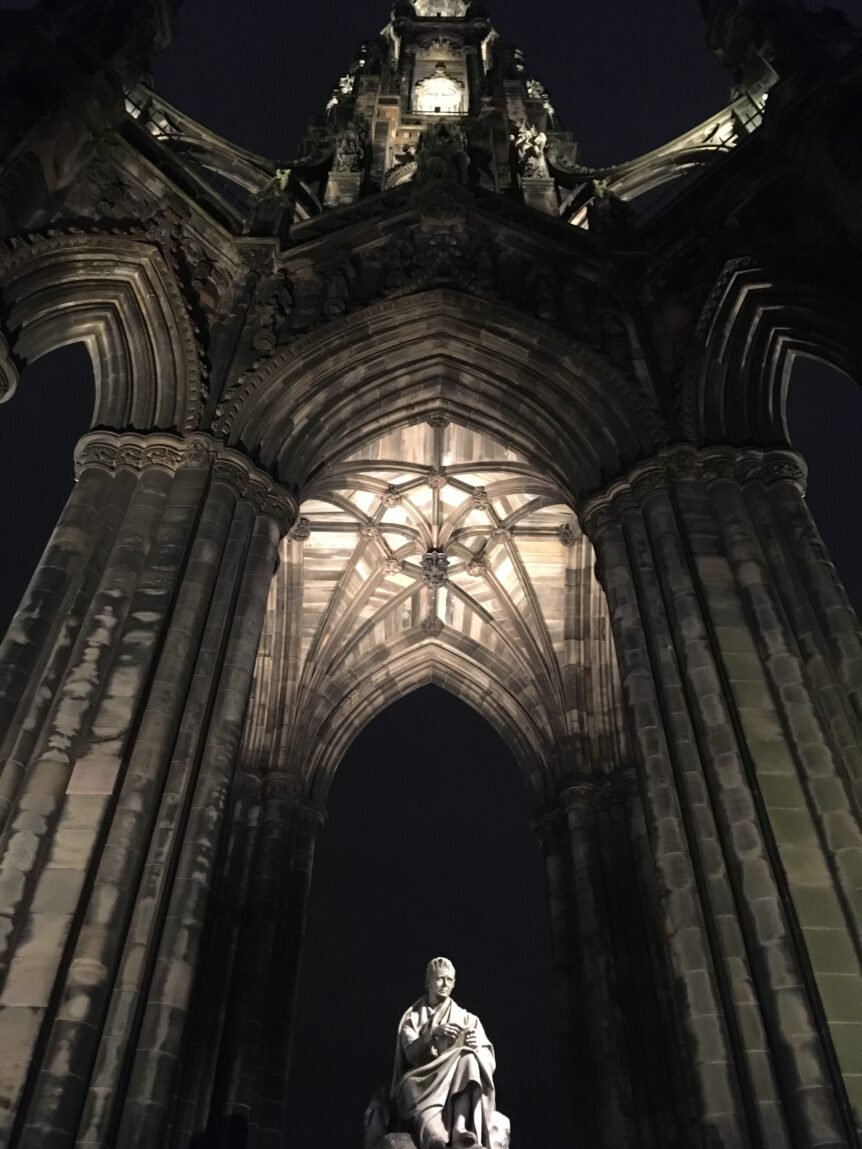 Among the collection of nineteenth century novels in the library at Broomhall House are three shelves of early editions of works by Sir Walter Scott (1771-1832). As a writer of historical fiction Scott became the foremost literary figure of his era. Publishing 27 novels over a span of 30 years, he became the first author to enjoy a truly international reputation in his lifetime.

Scott is also remembered as an inventor of tradition: his appropriation of Scottish historical themes, and his celebrated role in planning the state visit of King George IV to Edinburgh in 1822, encouraged his countrymen to recover a sense of national identity that had long been lost.

In our library may be found three volumes of Scott’s Ivanhoe – first published in 1818 – each bearing the bookplate of the Earls of Elgin and Kincardine, chiefs of the Name of Bruce. In the year that Ivanhoe appeared, Scott was involved in two highly significant archaeological discoveries. On the 4th of February he led a search party that uncovered the Scottish crown jewels which had been sealed up in a strongroom in Edinburgh Castle since 1707 and entirely forgotten. Then two weeks later, the tomb of Robert the Bruce who died in 1329 was discovered in Dunfermline Abbey. 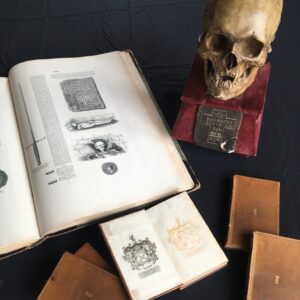 At Abbotsford, his home in the Borders, Scott surrounded himself with historical memorabilia. Prominent in his collection is a piece of the 14th century tomb in which King Robert was buried in Dunfermline Abbey, and also a cast of his skull. In 1827 he included a biographical sketch of the king in his historical compilation, Tales of a Grandfather, revealing for the first time the legend of how a spider spinning its web in the cave where the fugitive Bruce was hiding, inspired him to continue the quest for his kingdom.