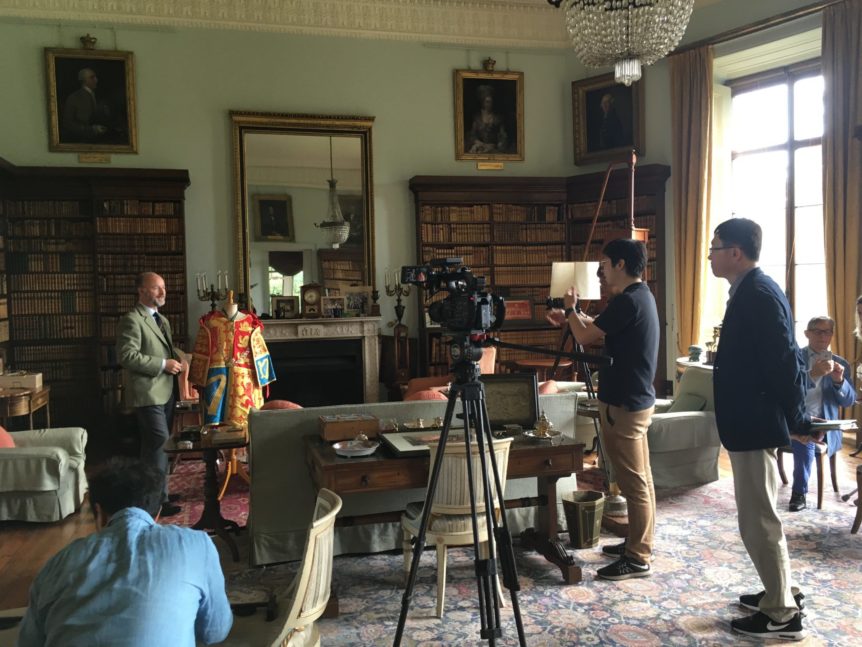 Following the filming of a South Korean documentary on heraldry at Broomhall House, Adam Bruce, Marchmont Herald of Arms explains why it still matters: 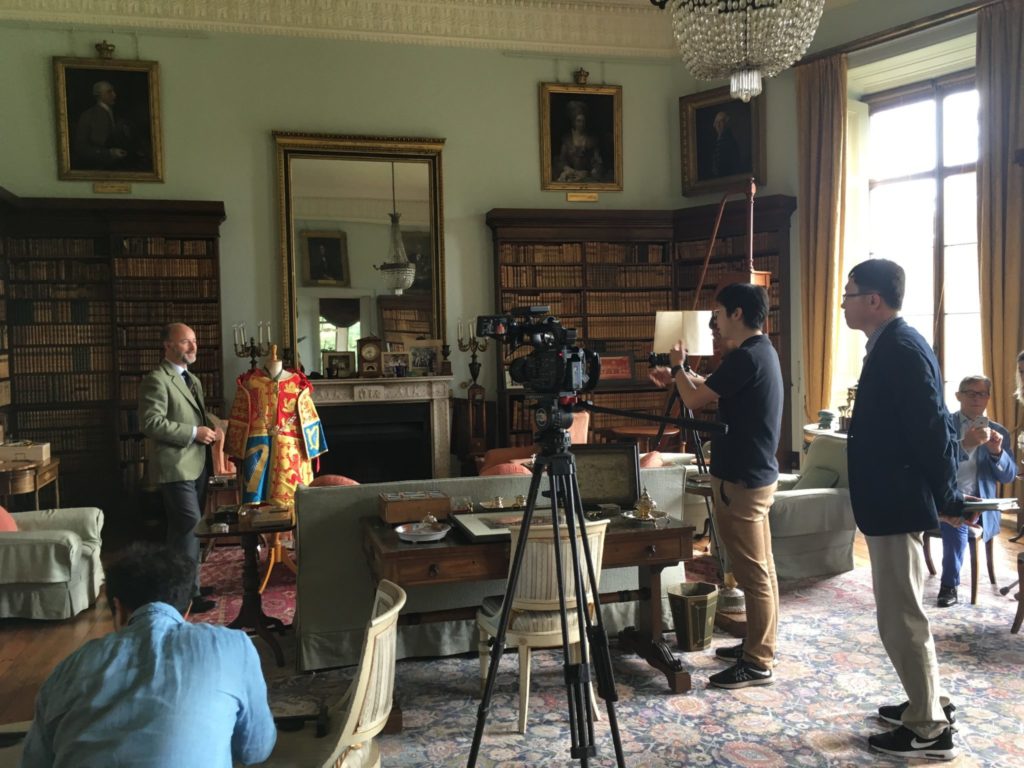 The filming of a South Korean documentary on heraldry at Broomhall House with Adam Bruce, Marchmont Herald at Arms

Long before the invention of moveable print, and widespread literacy, families adopted symbols and colours to identify themselves. In Europe this became known as Heraldry. It is both an art and a science, with rules like any language.

Today, in an age of social media and instant communications it is more popular than ever, with people looking for a sense of identity and belonging in a global village of billions.

Bruce family heraldry is very simple. It traces its origins to the arrival of the family in the British Isles. Through an accident of history some of the very earliest family documents have survived from the 12th and 13th centuries. A number carry the seals of the leading members of the family.

We can trace the essential elements of the family’s Arms to these wax impressions. A lion rampant, and a saltire. These heraldic symbols are still carried by the family. The Arms of the chief of the Name combine the blue lion with the gold and scarlet saltire of St Andrew.

Bruces can still adapt these Arms to be their unique expression of their own family through a Grant from the Court of the Lord Lyon in Edinburgh, or their own local heraldic authority.

Heraldry is a living language, and is still a powerful articulation of family.