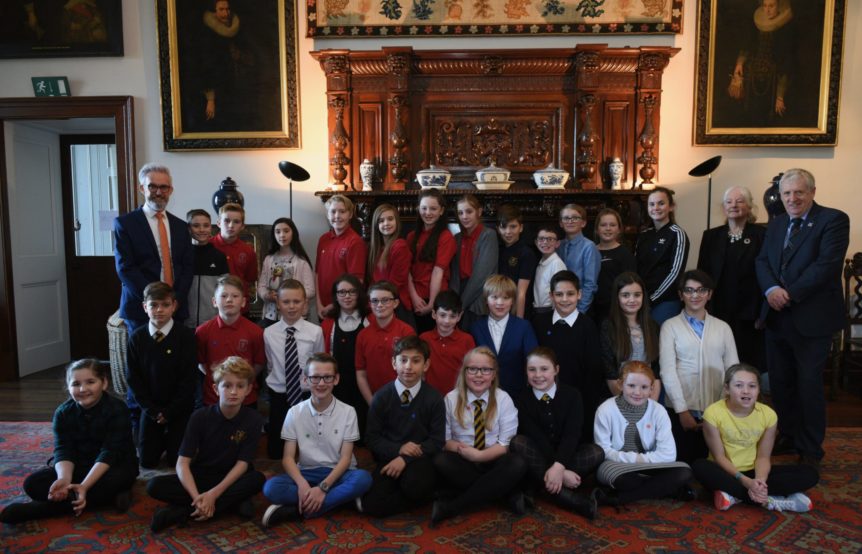 Although far removed from the UN Plaza in New York, Broomhall House provided a perfect setting on St Andrew’s Day for a Model United Nations (MUN) conference.  Organised with the support of Douglas Chapman MP and Fife Council, the conference was run by Dr. Gari Donn, Scotland Convenor for the United Nations Association in the United Kingdom (UNA-UK).  Adopting the process and procedures of a set-piece UN event, the roles of Secretary General and senior UN staff were simulated by senior pupils from George Watson’s College, Edinburgh, accompanied by Rob Crawford, retired teacher and experienced MUN organiser. 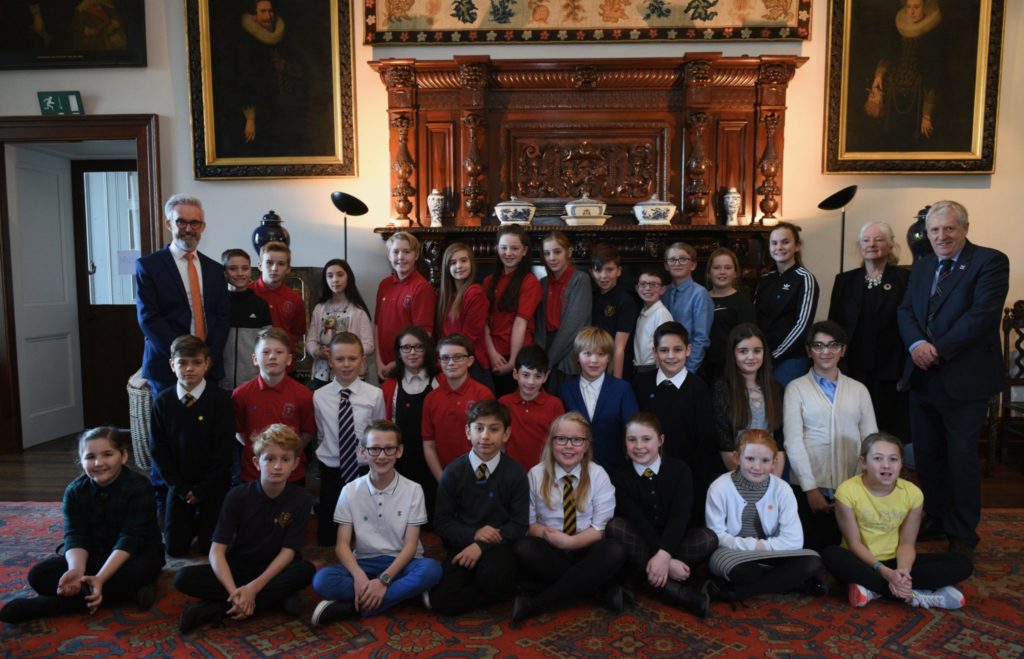 For the first time ever in Scotland, Primary 7 school children were given the opportunity to role-play United Nations member states in a General Assembly-style debate on Migration – on this occasion representing the sometimes competing interests of Germany, Canada, United States, UK, Syria and Bangladesh.  Thirty pupils from five primary schools drawn from Dunfermline and West Fife – from Cairneyhill, Culross, McLean, Pittencrieff and Townhill – converged on the Bruce Family home accompanied by their teachers.

Welcoming all the participants to Broomhall House, Lord Bruce explained that several members of his family had been involved in negotiating some of the most important agreements and treaties in Scottish and British history over a period of 700 years. These included the Treaty of Northampton in 1328 when Scotland’s right was acknowledged to exist as an independent kingdom, and the Union of the Crowns in 1603, which created the unitary state of Great Britain. He said: “The Bruce Family is delighted to provide our home for such an important event. It is wonderful to see a new generation so rapidly develop the essential skills of diplomacy, lobbying and negotiation”.