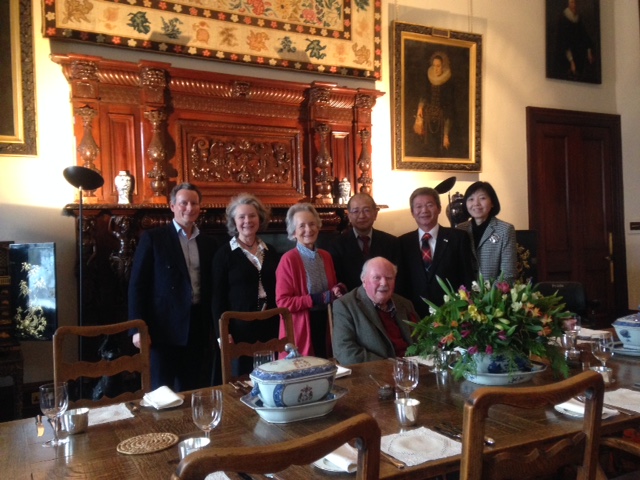 The Bruce Family was delighted to receive an important visitor from Japan – Dr. Hiroshi Kurushima, Director-General of the National Museum of Japanese History in Tokyo. Dr. Kurushima was visiting Scotland to discuss closer collaboration between Scottish and Japanese national collections. His visit to Broomhall House was arranged by the Consul General of Japan in Edinburgh, Mr. Daisuke Matsunaga.

The Broomhall House collection of artefacts from Tokugawa Japan includes watercolour drawings, maps, plans and diplomatic gifts exchanged when the first Anglo-Japanese free trade treaty was signed in Tokyo (Edo) in 1858.   The treaty was negotiated by a British diplomatic mission led by James Bruce, 8th Earl of Elgin. Dr. Kurushima was shown a portfolio of watercolours which record the moment when the treaty was signed by the commissioners appointed by the Shogun. The paintings also capture the character of Japan as a feudal kingdom on the cusp of the modern era. 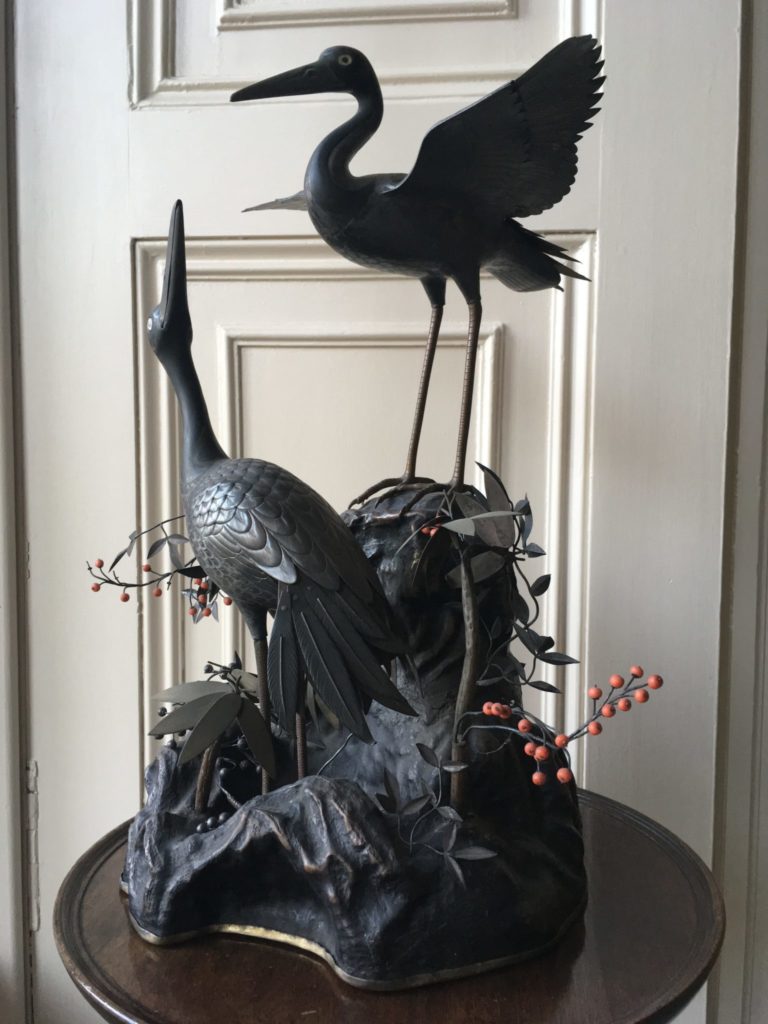 Group of storks in silver and bronze given by the Shogun, Tokugawa Iemochi to James Bruce, 8th Earl of Elgin in 1858 to mark the successful negotiation of a Treaty of Amity and Commerce.

Within a decade of Lord Elgin’s mission, however, Japan was thrown into a tumultuous civil war caused by the secession of clans loyal to the emperor which rose up against the Tokugawa Shogunate. The origins of the conflict clearly lay with the decision by the Shogun to open Japan to the west. But Lord Elgin’s treaty was also the catalyst which brought about the restoration of the Meiji Emperor in 1868. The Meiji Restoration laid the foundations of Japan as a modern state. The 150th anniversary of this important event will be celebrated in Japan in 2018.

Treaty of Amity and Commerce between Japan and the United Kingdom, August 1858. The British mission led by James Bruce, 8th Earl of Elgin is shown in the act of concluding the treaty negotiations with the Japanese commissioners.